Instruction for use: Finasteride (Finasteridum)

R39.1 Other difficulties with micturition

Finasteride, a synthetic 4-azasteroid compound, is a specific competitive inhibitor of type II 5-alpha reductase, an intracellular enzyme that converts testosterone into a more active androgen-dihydrotestosterone (DHT). In BPH, its increase depends on the conversion of testosterone to DHT in the prostate. Finasteride is highly effective in reducing the concentration of DHT in both plasma and prostate tissue. Suppression of DHT formation is accompanied by a decrease in the size of the prostate gland, an increase in the maximum rate of urination and a decrease in the severity of symptoms associated with prostatic hyperplasia.

Finasteride does not have an affinity for androgen receptors.

According to the results of a clinical study (PLESS) involving patients with mild or severe BPH symptoms and prostatic enlargement, finasteride reduced the incidence of acute urinary retention from 7/100 to 3/100 over a 4-year period, and the frequency of need for surgical Intervention - transurethral resection of the prostate (TURP) or prostatectomy - from 10/100 to 5/100. These changes were also associated with an improvement in the symptomatology of BPH (a 2-point decrease in the quasi-AUA symptom score), a sustained decrease in prostate volume by approximately 20%, and a steady increase in the flow rate of urine.

Bioavailability finasterida at ingestion is approximately 80% of the in / in the reference dose and does not depend on food intake.

The association with plasma proteins is approximately 93%. Plasma clearance is about 165 ml / min, Vd - 76 liters. With prolonged therapy, slow accumulation of finasteride is observed in small amounts. With daily intake of finasteride inside a dose of 5 mg, its minimum Css in blood plasma reaches 8-10 ng / ml and over time remains stable.

In patients with CRF (Cl creatinine 9-55 ml / min), the distribution of 14C finasteride labeled with a single dose did not differ from that in healthy volunteers. The connection of finasteride with plasma proteins was also not different in patients with impaired renal function.

Treatment of benign prostatic hyperplasia and prevention of urological complications in order to reduce the risk of acute urinary retention, reduce the risk of the need for surgical interventions, incl. Transurethral resection of the prostate and prostatectomy.

Treatment to reduce the size of the enlarged prostate, improve urination and reduce the severity of symptoms associated with benign prostatic hyperplasia.

In combination with doxazosin - a decrease in the risk of progression of symptoms associated with benign prostatic hyperplasia.

Hypersensitivity to finasteride; Age to 18 years; Pregnancy and the use of finasteride in women of childbearing age (see "Application in pregnancy and lactation").

Patients with a large volume of residual urine and / or a significantly reduced rate of urination; liver failure; elderly age.

The use of finasteride is contraindicated in pregnancy and in women of childbearing age. In connection with the ability of inhibitors of 5-alpha-reductase type II inhibit the conversion of testosterone to DHT, drug data, incl. Finasteride, when used in pregnant women can cause anomalies in the development of the external genitalia in a male fetus.

Finasteride is not indicated for use in women.

There is no data on the excretion of finasteride with breast milk.

Adverse reactions to finasteride are classified according to the system-organ classes according to the MedDRA classification. The frequency of adverse reactions was determined according to the following gradation (WHO classification): very often (≥1 / 10); Often (≥1 / 100, <1/10); Infrequently (≥1 / 1000, <1/100); Rarely (≥1 / 10000, <1/1000); Very rarely (<1/10000), including individual messages; The frequency is unknown (it is not possible to determine the frequency, since the information was obtained on the basis of the post-marketing experience of applying finasteride).

Most often, patients experienced impotence and decreased libido, although the incidence of these side effects gradually decreased during treatment.

On the part of the immune system: the frequency is unknown - hypersensitivity reactions, incl. Angioedema (including swelling of the lips, face and throat).

From the side of the psyche: often - a decrease in libido; Frequency is unknown - depression, decreased libido, which persists after discontinuation of therapy.

From the heart: the frequency is unknown - a feeling of palpitations.

From the liver and biliary tract: the frequency is unknown - an increase in the activity of hepatic transaminases.

A 7-year placebo-controlled study was conducted in which 18,882 healthy men participated. Data available for analysis of puncture biopsy of the prostate were obtained for 9060 subjects, with prostate cancer detected in 803 men (18.4%) receiving finasteride at a dose of 5 mg, and in 1147 men (24.4%), Who received a placebo. According to the results of a puncture biopsy, prostate cancer with a Gleason score of 7-10 was diagnosed in 280 men (6.4%) from the finasteride group at a dose of 5 mg, while in the placebo group, the cancer with this degree of differentiation was Was diagnosed in 237 patients (5.1%). The results of additional analysis indicated that the increase in the prevalence of low-grade prostate cancer observed in the finasteride group at a dose of 5 mg can be explained by a systematic error in evaluating the results associated with the effect of 5 mg finasteride therapy on the volume of the prostate gland. Of the total number of cases of prostate cancer diagnosed in this study, at the time of diagnosis, approximately 98% of cases were attributed to localized cancer (clinical stage T1 or T2). The clinical significance of data on the tumor process with a degree of differentiation of 7-10 points on the Gleason scale is unknown.

When evaluating the results of laboratory studies, it should be borne in mind that in patients receiving finasteride treatment, the PSA content in the blood plasma decreases.

Most patients during the first months of therapy experienced a rapid decrease in the PSA index with its subsequent stabilization. The initial value of PSA, which is established after the treatment with finasteride, is approximately half of the corresponding index noted before the start of treatment. Thus, in patients treated with finasteride for 6 months or more, the value of PSA should be doubled compared to normal values in men who have not been treated.

There were no other differences in the values of standard laboratory parameters between the groups of patients receiving finasteride and placebo.

Clinically significant interaction with other drugs was not identified.

Finasteride is metabolized predominantly with the participation of the CYP3A4 isoenzyme of the cytochrome P450 system, without significantly affecting the function of this system. Although the risk of the influence of finasteride on the pharmacokinetics of other drugs is assessed as not high, it is likely that inhibitors or inductors of the CYP3A4 isoenzyme will have an effect on the plasma concentration of finasteride. However, given the available safety data, it seems unlikely that an increase in finasteride concentration associated with the concomitant use of such inhibitors will be of clinical importance. There was no clinically significant interaction in the combined use of finasteride with propranolol, digoxin, glibenclamide, warfarin, theophylline and phenazone.

Symptoms: patients received finasteride once in doses up to 400 mg, and repeated use - in doses up to 80 mg / day for 3 months, with no adverse reactions observed.

Treatment: an overdose of finasteride does not require special treatment.

To avoid obstructive complications, careful monitoring of patients with a large volume of residual urine and / or a significantly difficult urination is necessary. Consider the possibility of the need for surgical intervention.

Influence on the content of PSA and diagnosis of prostate cancer

Finasteride causes a decrease in serum PSA concentration by approximately 50% in patients with BPH even in the presence of prostate cancer. This fact should be taken into account when evaluating the PSA content of patients with BPH receiving finasteride treatment, A decrease in the concentration of PSA does not exclude the presence of concomitant prostate cancer. This decrease is expected for any range of values of the PSA concentration, although it may differ for specific patients. Analysis of the PSA values in more than 3,000 patients in a 4-year, double-blind, placebo-controlled study PLESS confirmed that in patients taking finasteride for 6 months or more, the values of PSA should be doubled to be compared with the normal values of this parameter in patients not receiving treatment . This correction preserves the sensitivity and specificity of the PSA analysis and the possibility of detecting prostate cancer. Any persistent increase in PSA in patients receiving finasteride treatment requires a thorough examination to determine the cause, which may be the failure to adhere to the regimen.

In clinical trials, as well as during the postmarketing period, men who received Finasteride were diagnosed with breast cancer. Physicians should instruct their patients to immediately report any changes in breast tissue, such as the appearance of seals, pain, gynecomastia or discharge from the nipples.

Liver failure. There is insufficient clinical data on the use of finasteride in patients with hepatic insufficiency.

Renal insufficiency. In patients with various stages of renal failure (with a decrease in Cl creatinine to 9 ml / min), dose adjustment is not required, since special studies have not demonstrated any changes in the pharmacokinetic profile of finasteride.

Elderly age. Correction of doses is not required, although pharmacokinetic studies indicate that the excretion of finasteride in patients older than 70 years is somewhat reduced. 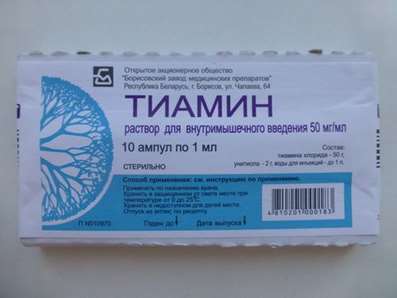 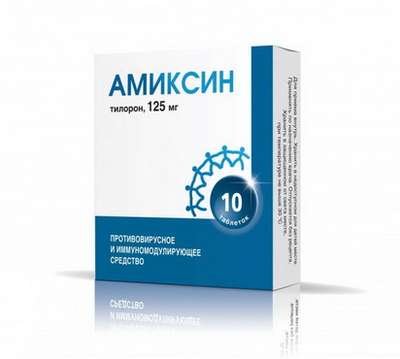 Someone from the Belgium - just purchased the goods:
Cerluten 20 capsules