Xalacom eye drops - a combined antiglaucoma drug that reduces the increased intraocular pressure. Begins to operate one hour after instillation, the maximum effect lasts from 6 to 8 hours.

Latanoprost, a prostaglandin analogue of F2α, is a selective agonist of the FP prostanoid receptors and reduces IOP by increasing the outflow of aqueous humor, mainly by the uveoscleral route, and also through the trabecular network. Latanoprost has no significant effect on the production of aqueous humor and the permeability of the hemato-ophthalmic barrier.

During a short-term treatment, latanoprost does not cause fluorescein to leak into the posterior segment of the eye during pseudophakia. When used in therapeutic doses, it has no significant pharmacological effect on the cardiovascular and respiratory systems.

Blockade of β-adrenergic receptors causes a decrease in cardiac output in healthy people and patients with heart disease. In patients with severe myocardial dysfunction, beta-adrenoblockers can inhibit the stimulating effect of the sympathetic nervous system necessary for adequate cardiac function.

Blockade of β-adrenergic receptors in the bronchi and bronchioles leads to an increase in the resistance of the respiratory tract under the influence of the parasympathetic nervous system. This effect may be dangerous for patients with bronchial asthma and other bronchospastic diseases.

The use of timolol maleate in the form of eye drops causes a decrease in elevated and normal IOP regardless of the presence or absence of glaucoma. Increased IOP is the main risk factor for glaucomatous prolapse of visual fields. The higher the IOP, the higher the probability of glaucomatous prolapse of visual fields and damage to the optic nerve.

The exact mechanism of IOP decrease under the action of timolol maleate is not established. The results of tonography and fluorometry indicate that the main mechanism of action can be associated with a decrease in the formation of watery moisture. However, in some studies, a small increase in the outflow of aqueous humor has also been noted. In addition, the inhibition of increased synthesis of cyclic AMP caused by endogenous β-adrenergic stimulation is possible. There was no evidence of any influence of timolol on the permeability of the hemato-ophthalmic barrier.

The effect of the drug Xalacom occurs within the first hour after use, the maximum effect is observed within 6-8 hours. With repeated use, an adequate decrease in IOP persists for 24 hours after administration.

The pharmacokinetic interaction between latanoprost and timolol maleate was not established, although 1-4 hours after Xalacom application, the concentration of latanoprost acid in aqueous humor was approximately 2 times higher than in monotherapy.

Vd is 0.16 ± 0.02 l / kg. Latanoprost acid is determined in aqueous humor during the first 4 hours, and in blood plasma - only within the first hour after topical application. Binding to plasma proteins is 87%.

Latanoprost is hydrolyzed in the cornea of the eye under the influence of esterases to form a biologically active acid. Latanoprost acid, entering the systemic bloodstream, is metabolized mainly in the liver by beta-oxidation of fatty acids to form 1,2-dinor- and 1,2,3,4-tetranor metabolites.

The acid of latanoprost is rapidly excreted from the blood plasma. T1 / 2 is 17 minutes. Plasma clearance is 0.4 l / h / kg. Systemic clearance is approximately 7 ml / min / kg. Metabolites are excreted mainly by the kidneys: after local application with urine, about 88% of the dose is excreted.

Cmax of timolol maleate in aqueous humor is achieved after 1 hour. Part of the dose is systemically absorbed and Cmax is achieved in 10-20 minutes after topical application of the drug 1 drop in each eye 1 time / day (300 μg / day) in blood plasma. Cmax is 1 ng / ml.

To reduce the increased intraocular pressure in patients with open-angle glaucoma and increased ophthalmotonus with insufficient effectiveness of other drugs that reduce IOP for topical use.

With caution apply the drug when:

Xalacom- It should not be used more than once a day, as more frequent use leads to a weakening of the effect of reducing IOP.

If you miss one dose, the next dose should be administered at the usual time.

If the patient simultaneously uses other eye drops, they should be applied with an interval of at least 5 minutes.

Xalacom contains benzalkonium chloride, which can be adsorbed on contact lenses. Therefore, before instilling contact lenses should be removed, and then installed after 15 minutes.

Latanoprost can cause a gradual increase in the content of brown pigment in the iris. The change in eye color is due to the increase in the number of melanin in the stromal melanocytes of the iris, rather than the increase in the number of melanocytes themselves. In typical cases, brown pigmentation appears around the pupil and concentrates on the periphery of the iris. In this case, the entire iris or parts of it become brown. In most cases, discoloration is negligible and may not be clinically established. The enhancement of the pigmentation of the iris of one or both eyes is observed, mainly, in patients with a mixed color of the iris, which is based on a brown color. The drug does not affect the nevi and lentigo iris; The accumulation of pigment in the trabecular network or the anterior chamber of the eye is not noted.

In connection with the use of latanoprost, cases of darkening of the eyelid skin, which can be reversible, are described.

Latanoprost can cause gradual changes in eyelashes and fleece hair, such as lengthening, thickening, increased pigmentation, increased density and a change in the direction of growth of eyelashes. The eyelash changes are reversible and pass after the cessation of treatment.

Patients who use drops to treat only one eye may develop heterochromia.

With topical application of beta-blockers, the same undesirable reactions can be observed, as in systemic application.

Patients with severe heart disease should be monitored continuously in order to detect symptoms of heart failure in a timely manner. With topical application of timolol maleate, there may be progression of Prinzmetal angina, peripheral and central circulatory disorders, arterial hypotension, bradycardia, cardiac failure with fatal outcome, severe reactions from the respiratory system (including bronchospasm with fatal outcome in patients with bronchial asthma) .

Before the extensive surgical intervention should discuss the advisability of a gradual abolition of beta-blockers. Preparations of this group violate the ability of the heart to respond to reflex beta-adrenergic stimulation, which can increase the risk of anesthesia. Cases of prolonged severe arterial hypotension during anesthesia and difficulties in restoring and maintaining cardiac activity are described. During the operation, the effects of beta-blockers can be eliminated with sufficient doses of adrenoreceptor agonists.

Therapy with beta-blockers can mask the symptoms of hyperthyroidism, a sharp cessation of treatment can cause an exacerbation of this disease.

In the treatment of beta-adrenoblockers in patients with atopy or severe anaphylactic reactions to various allergens in an anamnesis, it is possible to strengthen the response with repeated contact with these allergens. In this case, epinephrine (adrenaline) in usual doses, used to arrest anaphylactic reactions, may prove ineffective.

Adults (including elderly patients) - 1 drop to the affected eye (a) 1 time per day. 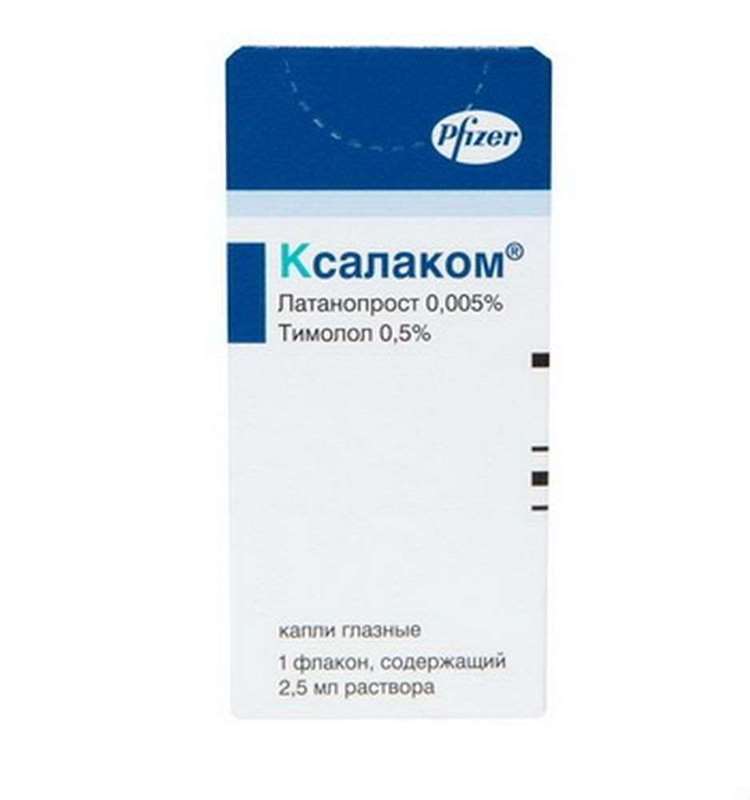 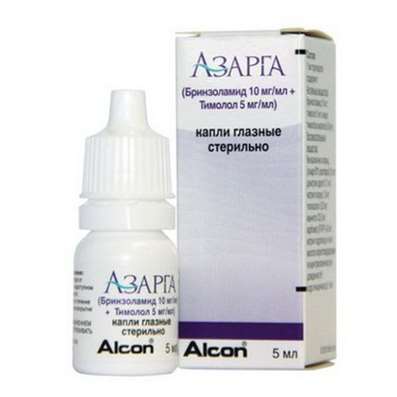 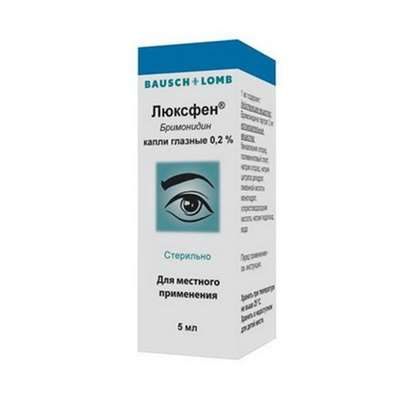 Someone from the United Arab Emirates - just purchased the goods:
Complex of cytamins for the urinary system