Cabergoline is a synthetic ergot alkaloid, an ergoline derivative, a long-acting dopamine receptor agonist, which inhibits the secretion of prolactin. The mechanism of action of cabergoline includes stimulation of the central dopaminergic receptors of the hypothalamus. At doses higher than those required to inhibit prolactin secretion, the drug causes a central dopaminergic effect due to the stimulation of dopamine D2 receptors. The effect of the drug is dose-dependent. Reduction in prolactin in the blood is usually observed after 3 hours and persists for 2-3 weeks, and therefore, to suppress the secretion of milk, it is usually enough to take one dose of the drug. In the treatment of hyperprolactinemia, prolactin in the blood is normalized after 2-4 weeks of the drug in an effective dose. The normal level of prolactin can persist for several months after drug withdrawal.

Cabergoline has a highly selective effect and does not affect the basal secretion of other pituitary and cortisol hormones. The only pharmacodynamic effect, not associated with the therapeutic effect, is a decrease in blood pressure. The maximum hypotensive effect usually develops 6 hours after a single dose; the degree of BP reduction and the frequency of development of the hypotensive effect are dose-dependent.

With caution: Patients with cardiovascular disease, arterial hypotension, Raynaud's syndrome, peptic ulcers or gastrointestinal bleeding, drowsiness, sudden onset of sleep, terminal stage of renal failure, or who are on hemodialysis, are over 65; with prolonged treatment with cabergoline.

Inside, preferably with food.

Treatment of violations associated with hyperprolactinemia: the recommended initial dose is 0.5 mg per week in 1 or 2 doses (for example, on Monday and Thursday). Dosage increases gradually, usually by 0.5 mg / week at intervals of 1 month to achieve the optimal therapeutic effect. The maximum daily dose should not exceed 3 mg.

When using the drug Agalates in doses above 1 mg / week, it is recommended to divide the weekly dose into 2 or more receptions, depending on the tolerability.

To suppress physiological postpartum or already established lactation: the recommended dose is 1 mg once during the first 24 hours after the birth of the child.

Use in patients with impaired hepatic or renal function: information is provided in the sections "Contraindications" and "Special instructions".

Use in patients over 65 years of age: Given the indications for use, experience with cabergoline in patients older than 65 years is limited. The available data indicate that there is no specific risk.

To open the vial, first press the lid, then rotate it, as shown on the lid. Capsule with silica gel from the bottle can not be removed or consumed.

Data on the efficacy and safety of Agalates in patients with impaired hepatic or renal function are limited. The pharmacokinetics of cabergoline does not change significantly with moderate or severe renal failure. It is not studied in patients with terminal stage of renal failure or hemodialysis. Therefore, in such patients, Agalates should be used with caution. The effect of alcohol on the overall tolerance of the drug Agalates is not established.

The use of the drug Agalates can cause symptomatic arterial hypotension, especially when taken together with drugs that reduce blood pressure. It is recommended to regularly measure blood pressure in the first 3-4 days after the start of treatment.

With long-term use of the drug Agalates and other ergot derivatives, which are active against serotonin 5HT2B receptors, the risk of developing fibrotic and serous inflammatory diseases such as exudative pleurisy, pleural fibrosis, pulmonary fibrosis, pericarditis, damage to one or more heart valves aortic, mitral, tricuspid), retroperitoneal fibrosis. The abolition of the drug Agalates in the case of the development of this pathology led to an improvement in signs and symptoms.

Prior to the onset of prolonged therapy with Agalates, all patients should undergo a complete examination to detect cardiac valve lesions, to determine the functional state of the lungs and kidneys to prevent worsening of the course of concomitant diseases.

When new clinical symptoms appear on the part of the respiratory system, fluoroscopy of the lungs is recommended. In patients with pleural effusions / fibrosis, there was an increase in ESR, therefore, with an increased ESR without obvious clinical signs, an X-ray examination should also be performed.

With prolonged therapy with Agalates, the gradual development of fibrotic disorders is possible, therefore, the appearance of symptoms such as shortness of breath, shortness of breath, coughing, chest pain, back pain, swelling of the lower limbs, signs of retroperitoneal fibrosis, heart failure should be monitored during treatment.

After the beginning of therapy with Agalates for the prevention of fibrotic disorders, the condition of the heart valves should be monitored and an ECG examination performed for 3-6 months. Further, the frequency of ECG monitoring is set by the doctor individually for each patient, but not less than once every 6-12 months. In case of appearance or deterioration of valvular regurgitation, narrowing of the lumen or thickening of the valve wall, therapy with Agalates should be discontinued.

The need for the patient in other types of clinical examination is established by the doctor on an individual basis.

When using Agalates, drowsiness and episodes of sudden falling asleep may occur, especially in patients with Parkinson's disease (see "Impact on the ability to drive vehicles and mechanisms").

When using the drug Agalates, there was an increase in libido, hypersexuality, pathological attraction to gambling. These symptoms were reversible and disappeared with a decrease in the dose or withdrawal of Agalates.

Hyperprolactinaemia in combination with amenorrhea and infertility can be associated with tumors of the pituitary gland, so before starting therapy with Agalates, you need to find out the cause of hyperprolactinaemia.

It is recommended to check the content of prolactin in the blood serum every month, tk. After achieving an effective therapeutic regimen, the normal concentration of prolactin is maintained for 2-4 weeks.

After the abolition of the drug Agalates, hyperprolactinaemia usually occurs again. However, in some patients there is a persistent decrease in prolactin concentration for several months.

The use of the drug Agalates restores ovulation and fertility in women with hyperprolactinemic hypogonadism. Because pregnancy can occur before the resumption of menstruation, pregnancy tests are recommended during the amenorrhea period, and after the recovery of the menstrual cycle - in all cases, their delay is more than 3 days. Women who do not plan pregnancy are recommended to use effective non-hormonal contraceptives during treatment with Agalates and after it is finished. Women planning pregnancy, conception is recommended not earlier than 1 month after the abolition of the drug Agalates.

Impact on the ability to drive vehicles and mechanisms

Patients should be informed of the need for caution when driving a car or controlling machinery. Patients who have already experienced drowsiness and / or episodes of sudden falling asleep with Agalates should stop driving a car or other activity that requires a high concentration of attention and speed of psychomotor reactions.

From the immune system: infrequently - a hypersensitivity reaction, a skin rash.

From the side of blood and lymphatic system: infrequently - erythromelalgia.

From the respiratory system: often - shortness of breath; infrequently - pleural effusion, fibrosis of the lung, nosebleeds. 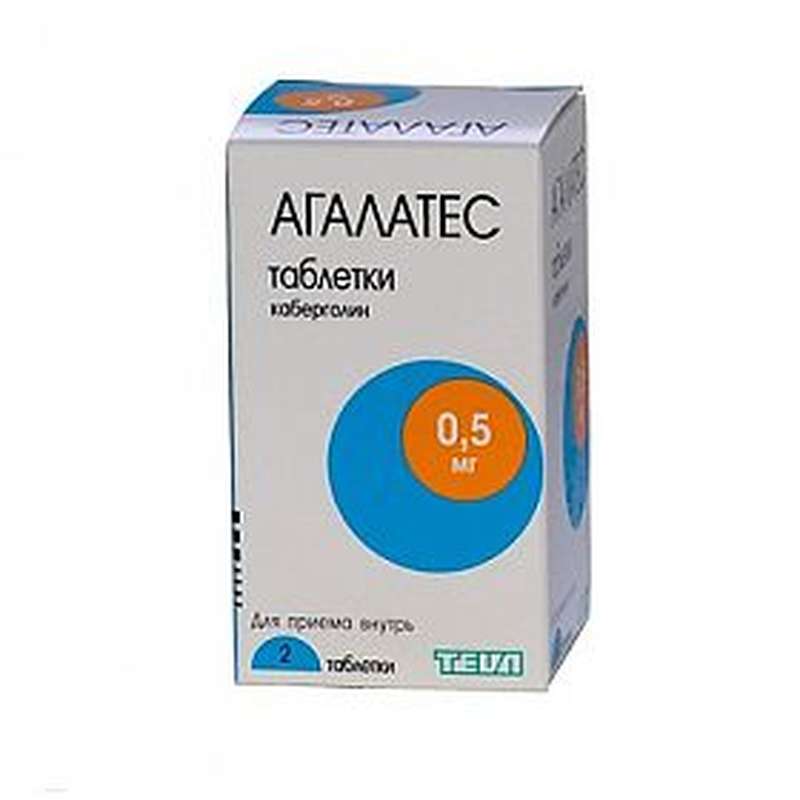 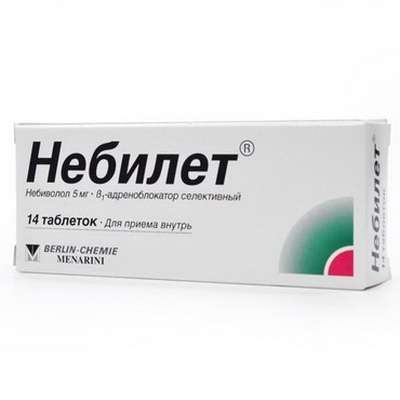 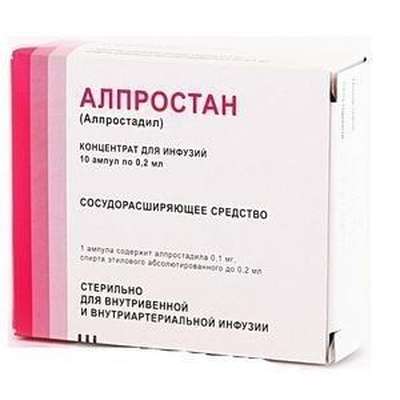 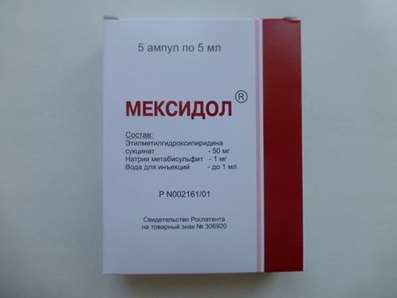 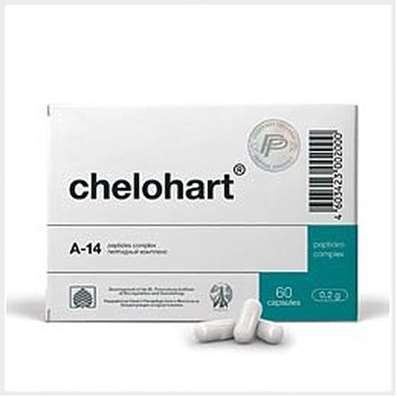 Someone from the Hong Kong - just purchased the goods:
Chelohart 60 capsules