Tablets, 20 mg: from white to almost white, round, biconvex, with engraved "ASL" on one side and "20" on the other.

Tablets, 40 mg: from white to almost white, round, biconvex, with engraved "ASL" on one side and "40" on the other.

Tablets, 80 mg: white to almost white, round, biconvex, with engraved "ASL" on one side and "80" on the other.

Azolsartan medoxomil, the active substance of EdarbiŪ, is a specific antagonist of angiotensin II type 1 (AT1) receptors.

Azolsartan medoxomil is a prodrug for oral administration. Azolsartan medoxomil quickly turns into an active molecule of azilsartan, which selectively prevents the development of the effects of angiotensin II by blocking its binding to the AT1 receptors in various tissues. Angiotensin II is the primary vasoactive hormone RAAS with effects including vasoconstriction, cardiac stimulation, synthesis stimulation and aldosterone release, and as a consequence - renal sodium reabsorption.

The blockade of AT1 receptors inhibits the negative regulatory response of angiotensin II to renin secretion, but the total increase in plasma activity of renin and the level of circulating angiotensin II does not suppress the antihypertensive effect of azilsartan.

The antihypertensive effect of azilsartan medoxomil develops during the first 2 weeks of use with the achievement of maximum therapeutic effect after 4 weeks. Reduction of blood pressure after ingestion of a single dose is usually achieved within a few hours and persists for 24 hours.

The withdrawal syndrome (a sharp increase in blood pressure after a sudden withdrawal of the drug) after a long (during 6 months) therapy with EdarbiŪ was not observed.

The safety and effectiveness of the drug do not depend on the age of the patients, but a greater sensitivity to lowering blood pressure in some elderly patients cannot be ruled out. As with the use of other angiotensin II receptor antagonists and ACE inhibitors, the antihypertensive effect is less pronounced in patients of the Negroid race (usually a population with low renin activity in the blood plasma).

Simultaneous use of EdarbiŪ 40 and 80 mg with dihydropyridine BKK (amlodipine) or thiazide diuretics (chlorthalidone) leads to an additional reduction in blood pressure as compared to antihypertensive agents used in monotherapy (see "Interaction").

The prolongation of the QT interval reflects the heterogeneity of the processes of ventricular myocardial repolarization, and is regarded as an independent indicator indicating the occurrence of fatal cardiac arrhythmias.

Azolsartan medoxomil is a prodrug. After oral administration, it becomes a pharmacologically active metabolite of azilsartan during absorption from the digestive tract by the action of the enzyme carboxymethylenebutenolidase in the intestine and liver.

Data on the use of the drug during pregnancy and during breastfeeding are absent. Azilsartan penetrates the placenta of pregnant rats and is excreted into the milk of lactating rats (see "Application in pregnancy and lactation").

Studies on animals with radioactive labels showed that the amount of azilsartan penetrating through the BBB is minimal.

Azilsartan is metabolized to two primary metabolites, mainly in the liver. The main metabolite in the blood plasma is formed by O-dealkylation and is referred to as the M-II metabolite, the secondary metabolite is formed by decarboxylation and is referred to as the M-I metabolite. The AUC values for these metabolites in humans are 50 and less than 1%, respectively, compared with azilsartan. M-I and M-II do not affect the pharmacological activity of EdarbŪ. The main enzyme that provides the metabolism of azilsartan is the isoenzyme CYP2C9.

The pharmacokinetics of azilsartan in azilsartan medoxomil is proportional to the dosage in the dose range from 20 to 320 mg after single or multiple oral administration.

Children. The pharmacokinetics of azilsartan in children under the age of 18 years has not been studied.

Patients of advanced age. The pharmacokinetics of azilsartan in young (18-45 years) and elderly (65-85 years) patients is not significantly different.

Azilsartan is not excreted from the systemic blood flow through hemodialysis.

Sexual accessory. The pharmacokinetics of azilsartan in men and women is not significantly different. Correction of dose depending on sex is not required.

Race affiliation. The pharmacokinetics of azilsartan depending on the race of patients is not significantly different.

Hypersensitivity to the active substance and other components of the drug;

Simultaneous administration of aliskiren in patients with diabetes mellitus;

Severe violations of the liver (more than 9 points on the scale Child-Pugh) (no experience of use);

Age to 18 years (effectiveness and safety not established).

With caution: severe chronic heart failure (NYHA functional class IV); Renal failure of severe degree (Cl creatinine <30 ml / min); Bilateral stenosis of the renal arteries and stenosis of the artery of a single functioning kidney; Ischemic cardiomyopathy; Ischemic cerebrovascular disease; Condition after kidney transplantation; Conditions accompanied by a decrease in BCC (including vomiting, diarrhea), as well as in patients who follow a diet with restriction of table salt; With simultaneous use with high doses of diuretics; Primary hyperaldosteronism; Hyperkalemia; Stenosis of the aortic or mitral valves; Hypertrophic obstructive cardiomyopathy; Age over 75 years.

If the patient has one of the listed diseases, you should consult your doctor before taking EdarbiŪ.

In animal studies, it has been found that azilsartan and M-II penetrate the placental barrier. Patients planning a pregnancy should begin therapy with alternative antihypertensive drugs with an established safety profile for pregnant women. Immediately after confirmation of pregnancy, you should stop taking Edarbi and, if necessary, begin treatment with drugs approved for use during pregnancy.

In newborns, whose mothers received therapy with EdarbiŪ, hypotension may develop, and newborns should be under careful medical supervision.

There is no information on the ability of azilsartan and / or its metabolites to enter breast milk. In animal studies, it has been found that azilsartan and M-II are secreted into the milk of lactating rats.

Due to the lack of experience with the use of EdarbiŪ in women during breastfeeding, its use in this category of patients is not recommended. Preferably the use of drugs with the most studied safety profile, especially during the care of a newborn or premature baby.

Fertility. There are no data on the effect of EdarbiŪ on fertility in humans. Preclinical studies showed no effect on male or female fertility in rats.

From the nervous system: often - dizziness.

From the side of blood vessels: infrequent - marked decrease in blood pressure.

From the musculoskeletal and connective tissue: infrequently - muscle spasms.

Effect on the results of laboratory and instrumental studies: often - increased activity of CK; Infrequently - an increase in the concentration of creatinine, hyperuricemia.

With the simultaneous use of Edarbi Ū with chlorthalidone, the incidence of adverse reactions - a marked decrease in blood pressure and an increase in creatinine concentration - increases from infrequent to frequent.

With the simultaneous use of EdarbiŪ with amlodipine, the frequency of the undesirable reaction-peripheral edema-increases from infrequent to frequent, but is less frequent than with amlodipine monotherapy.

Rarely observed angioedema, including edema of the face, lips and periorbital edema.

In the treatment of EdarbiŪ, a small increase in serum uric acid concentration (10.8 μmol / L) was observed compared with placebo (4.3 μmol / L).

As with other RAAS inhibitors, a small decrease in hemoglobin and hematocrit was observed in monotherapy (an average decrease of 3 g / L and 1% by volume, respectively).

Azilsartan medoxomil is converted into a pharmacologically active metabolite (azilsartan) during absorption from the gastrointestinal tract by the action of the enzyme carboxymethylenebutenolidase in the intestine and liver. In vitro studies have shown that interaction based on inhibition of enzymes is unlikely.

Inside, regardless of time of food intake, once a day.

The recommended initial dose is 40 mg once a day. If it is necessary to further reduce blood pressure, the dose of the drug can be increased to a maximum of 80 mg once a day.

The maximum daily dose is 80 mg.

In case of inadequate control of blood pressure in monotherapy with EdarbiŪ it is possible to use it simultaneously with other antihypertensive agents, including diuretics (chlorthalidone or hydrochlorothiazide) and dihydropyridine BKK (amlodipine).

Skipping the dose. If you miss a regular dose, the patient should take the next dose at the usual time. Do not take a double dose of EdarbiŪ.

Patients of advanced age (65 years and older). It is not necessary to correct the initial dose of EdarbiŪ in elderly patients. However, in patients over the age of 75, a dose of 20 mg can be considered as an initial (increases the risk of developing arterial hypotension).

Decrease of BCC. The EdarbiŪ drug should be given to patients with reduced BCC and / or hyponatremia (for example, patients with prolonged vomiting, diarrhea, or taking large doses of diuretics) only under strict medical supervision. It is also recommended to start treatment with a dosage of 20 mg once a day.

Heart failure. Due to a lack of clinical experience, EdarbiŪ should be used with caution in patients with AH with severe chronic heart failure (IV functional class according to the NYHA classification).

The experience of using EdarbiŪ in adults at doses up to 320 mg / day for 7 days shows that the drug is well tolerated.

Treatment: with a pronounced decrease in blood pressure, give the patient a prone position, raise the legs, carry out measures to increase the BCC; Symptomatic therapy.

Azilsartan is not excreted from the systemic blood flow through dialysis.

Activated RAAS. Patients in whom vascular tone and renal function depend heavily on RAAS activity (for example, in patients with severe chronic heart failure (NYHA functional class IV), severe renal failure or renal artery stenosis), drug treatment acting on RAAS , Such as ACE inhibitors and angiotensin II receptor antagonists, is associated with the possibility of developing acute arterial hypotension, azotemia, oliguria, or rarely acute renal failure. The possibility of developing these effects cannot be ruled out when using EdarbiŪ.

A sharp decrease in blood pressure in patients with ischemic cardiomyopathy or ischemic cerebrovascular disease can lead to the development of myocardial infarction or stroke.

Violation of the function of the liver. Data on the clinical experience of the use of EdarbiŪ in patients with severe liver function impairment are not available, therefore, the use of the drug in this category of patients is not recommended.

Arterial hypotension against the background of disturbance of water-electrolyte balance. In patients with reduced BCC and / or hyponatremia (as a result of vomiting, diarrhea, taking large doses of diuretics, or adherence to a diet with restricted intake of table salt), clinically significant hypotension may develop after initiating Edarbi therapy. Hypovolemia should be adjusted before starting treatment with EdarbiŪ or starting treatment with a dosage of 20 mg.

Hyperkalemia. Clinical experience with other drugs that affect RAAS shows that simultaneous administration of EdarbiŪ with potassium-sparing diuretics, potassium preparations or salt substitutes containing potassium, or other drugs that can increase the potassium content of the blood (eg heparin) can lead to hyperkalemia In patients with arterial hypertension. In elderly patients, patients with renal insufficiency, diabetes mellitus and / or patients with other concomitant diseases, the risk of developing hyperkalemia increases, which can be fatal. In such patients it is recommended to monitor the potassium content in the blood serum.

Lithium. As with other angiotensin II receptor antagonists, simultaneous use of lithium preparations and EdarbiŪ preparation is not recommended (see "Interaction").

Storage conditions of the drug Edarbi

In a place protected from light and moisture, at a temperature of no higher than 25 ° C. (In the original packaging).

The shelf life of the drug Edarbi 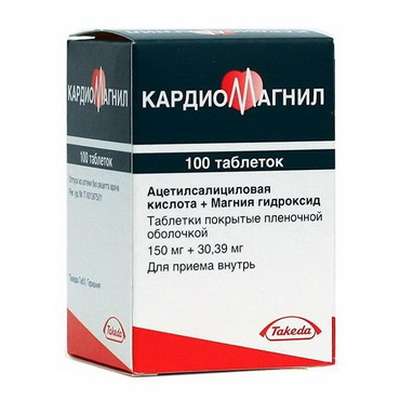 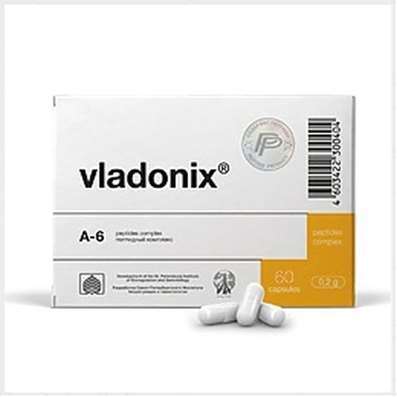 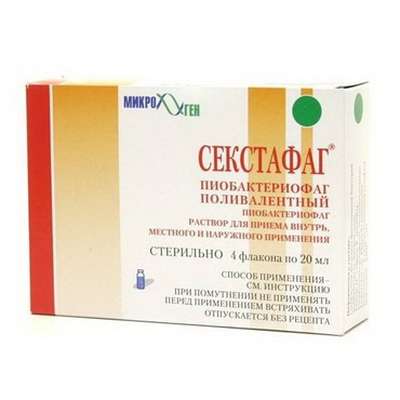 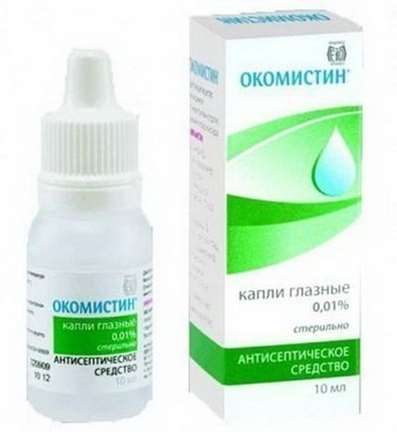 Someone from the Argentina - just purchased the goods:
Okomistin eye drops 0.01% 10ml