Instruction for use: Cabergoline

The Latin name of the substance Cabergoline

Characteristics of the substance Cabergoline

The pharmacological action is hypoprolactinemic.

Eating does not affect the pharmacokinetics. According to studies in 12 healthy volunteers, Cmax is achieved after 2-3 hours and is 30-70 pg / ml with a single dose of 0.5-1.5 mg. The plasma concentration in the dose range of 0.5-7 mg increased proportionally to the dose in 12 healthy volunteers and 9 patients with Parkinsonism. It was noted (a study on 12 healthy volunteers) that the equilibrium concentration of cabergoline at repeated intake during the week exceeds that after a single dose of 2-3 times. Absolute bioavailability of cabergoline is unknown; A significant portion of the dose taken is exposed to the effect of a "first pass" through the liver. Binding to plasma proteins is independent of the plasma concentration and is 40-42%. Cabergoline and / or its metabolites are well distributed in tissues: in animal studies with the measurement of total radioactivity, more than 100-fold excess of the concentration of cabergoline and / or its metabolites in the pituitary gland is found in comparison with their content in the blood plasma. It is extensively metabolized by hydrolysis through acylurea bonds or urea residues (hypoprolactinemic effect decreases, since the main metabolites of cabergoline do not have such an effect). Biotransformation in the liver involving cytochrome P450 is minimal; In studies on rats, cabergoline did not induce induction or inhibition of cytochrome P450. T1 / 2 is 63-69 hours; Slow elimination provides prolonged hypoprolactinemic effect. The extrarenal and renal clearance of cabergoline is about 3.2 l / min and 0.08 l / min, respectively. In studies on 5 healthy volunteers, it was revealed that cabergoline is excreted by the kidneys and intestines (22% and 60%, respectively) for 20 days; Less than 4% is found in the urine in unchanged form. Renal excretion in patients with hyperprolactinemia is similar to that in healthy volunteers.

In studies in 12 patients with moderate and severe renal insufficiency, no pharmacokinetics of cabergoline were detected. In 12 patients with mild and moderate hepatic dysfunction (Child-Pugh score ≤ 10), no changes in Cmax and AUC were observed, in patients with severe hepatic impairment (Child-Pugh score greater than 10), Cmax and AUC increased. Clinical trials of cabergoline, including a sufficient number of patients aged 65 years and older, to evaluate the differences in its effect on people older and younger are not conducted. According to reports, there is no difference in response to cabergoline between elderly people and younger patients. Selection of a dose for elderly patients should be done with caution, using lower initial doses, since in the elderly, impairment of the functions of the liver, kidneys, and heart is more common, and other drugs for concomitant diseases are also taken at the same time.

The carcinogenicity study was performed on mice and rats fed cabergoline by feeding through a gastric tube inserted through the nose at doses up to 0.98 mg / kg / day and 0.32 mg / kg / day, respectively. In mice, there was a slight increase in the incidence of leiomyoma of the body and cervix and uterine leiomyosarcoma. In rats, cases of malignant tumors of the body and cervix, as well as interstitial cell adenoma, increased somewhat. Cases of tumors in rodent females can be associated with prolonged suppression of prolactin secretion necessary for the functioning of the yellow body (in the absence of prolactin, the estrogen / progesterone ratio increases, which increases the risk of developing uterine tumors). In male rodents, a decrease in the level of prolactin in plasma leads to an increase in the content of LH plasma, which is considered a compensatory reaction to maintain the synthesis of testicular steroids.

In a series of in vitro studies (including the Ames test, the V79 test on Chinese hamster cells, the DNA damage and repair test on Saccharomyces cerevisiae D4, the chromosomal aberration test on human lymphocytes, etc.), as well as in a micronuclear test on bone marrow cells of mutagenic mice not found. In a study in female rats given cabergoline at a dose of 0.003 mg / kg / day (1/28 MPHR, doses for rats (mg / m2 / week) were calculated according to the MPDA (mg / m2 / week) for a human body weighing 50 kg ) For 2 weeks before and during the entire mating period, fertilization did not occur.

Application of the substance Cabergoline

According to the Physicians Desk Reference (2005), cabergoline is indicated for hyperprolactinaemia, idiopathic or induced pituitary adenoma.

Hypersensitivity (including ergo-alkaloid derivatives), uncontrolled arterial hypertension, symptoms of cardiac and respiratory failure due to fibrotic changes, or the presence of such symptoms in an anamnesis.

In pregnancy, use with caution if the expected benefit to the mother exceeds the potential risk to the fetus (adequate controlled studies of cabergoline in pregnant women have not been performed). Patients should be warned about the need to inform the doctor about the planned, anticipated or held pregnancy to decide whether to continue or stop therapy.

It is not known whether cabergoline with human milk is excreted in humans. Cabergoline and its metabolites are found in the breast milk of lactating rats. Since many drugs are excreted in milk in women and possibly a serious negative effect of cabergoline on an infant, a decision should be made either to stop breastfeeding or to refuse taking cabergoline (given the degree of need for the drug for the mother).

Side effects of the substance Cabergoline

The safety of cabergoline was studied in more than 900 patients with hyperprolactinemia; The severity of most of the side effects was mild or moderate. In a 4-week, double-blind, placebo-controlled study, patients received cabergoline in fixed doses of 0.125, 0.5, 0.75, and 1.0 mg twice weekly; The doses were reduced by half during the first week. The following side effects were noted (next to the name, the percentage of occurrence of this side effect in the cabergoline group is indicated, in brackets in the placebo group):

From the cardiovascular system and blood (hematopoiesis, hemostasis): orthostatic hypotension 4% (0%).

The safety of cabergoline was studied in controlled and uncontrolled trials in approximately 1200 patients with Parkinson's disease who received cabergoline at doses significantly exceeding the MPD for patients with hyperprolactinemia (up to 11.5 mg / day). These patients additionally revealed such side effects as dyskinesia, hallucinations, confusion, peripheral edema. Rarely, heart failure, pleural effusions, pulmonary fibrosis, gastric or duodenal ulcers were reported, and one case of constrictive pericarditis was reported.

Do not use concomitantly with dopamine D2 receptor antagonists (derivatives of phenothiazine, butyrophenone, thioxanthene, metoclopramide). Simultaneous reception with drugs having a high degree of binding to plasma proteins, with a low probability, can affect the connection of cabergoline with plasma proteins. It should be used with caution at the same time with drugs that have an antihypertensive effect.

Precautions for the substance Cabergoline

Doctors should prescribe the lowest effective dose of cabergoline for the treatment of hyperprolactinaemia and periodically assess the need for continuing this therapy. In addition, in patients receiving long-term treatment, periodic monitoring of the heart condition is necessary, incl. Echocardiography. Any patient who, during treatment with cabergoline, develops signs or symptoms of heart disease, incl. Shortness of breath, swelling, congestive heart failure, or a new heart murmur, should be examined for possible valvulopathy.

Cabergoline should be used with caution in patients with existing hemodynamically significant valve diseases or taking other drugs associated with valvulopathy.

Fibrosis. As with other ergot derivatives, with prolonged administration of cabergoline, cases of pleural effusion or pulmonary fibrosis were reported (some reports were from patients who had previously been treated with ergotamine agonists of dopamine). Cabergoline should not be used in patients with signs and / or clinical symptoms of respiratory or cardiac disorders associated with tissue fibrosis, in the history or at the present time. It is reported that after the diagnosis of pleural effusion or pulmonary fibrosis and as a result of this cessation of treatment with cabergoline, symptom improvement was noted.

It was found that the rate of ESR was abnormally increased due to pleural effusion / fibrosis. In cases of unexplained increase in ESR, X-ray examination of the chest is recommended. In addition, measurement of serum creatinine can also help in the diagnosis of fibrotic disorders.

The use of cabergoline in an initial dose of more than 1.0 mg may cause orthostatic hypotension. Cabergoline is not intended to inhibit or suppress physiological lactation (use of bromocriptine for this purpose was associated with a risk of hypertension, stroke, seizures). It should be cautious to appoint cabergoline to older people, given the likelihood of a violation of the liver, kidneys, heart, as well as concomitant pathology and the medicines used in connection with this. 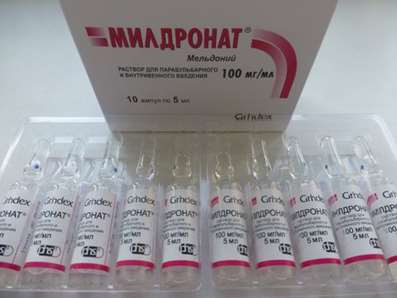 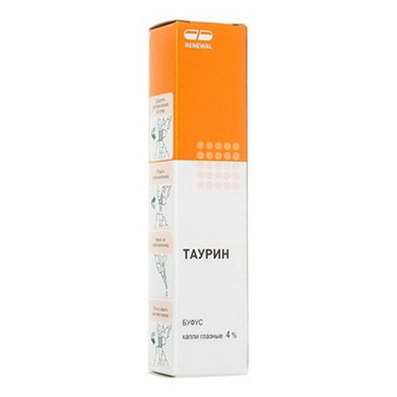 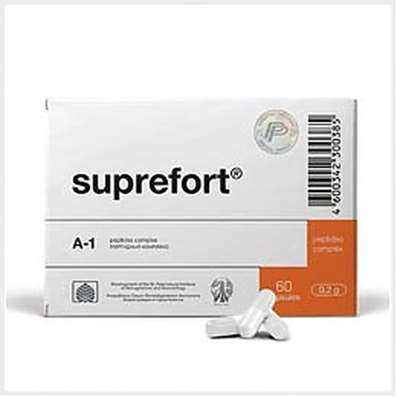 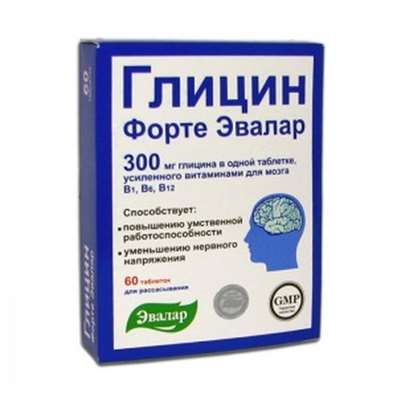 Someone from the Ireland - just purchased the goods:
Glycine Forte Evalar 300mg 60 pills