Instruction for use: Argett Duo

diclofenac pellets with a sustained release of 130.55 mg, equivalent to 50 mg of diclofenac sodium.

a pellet with prolonged release:

Hard gelatin capsules. Size of the capsule is ą 2. Capsule color: body - transparent, colorless; The lid is matte, light blue. On the case and the lid there is an inscription with white ink "D75M". The contents of the capsule are pellets from white to light yellow color.

Absorption: after oral administration, diclofenac is easily absorbed into the systemic circulation. Eating does not affect the degree of absorption of the drug, but slows the rate of absorption. Diclofenac prolonged action: as a result of sustained release of the drug, the maximum concentration in the blood plasma (C max) is lower than that created when a short-acting drug is administered; however, it remains high for a long time after administration. C max - 0.5-1 μg / ml, time to reach C max - 5 hours after taking 100 mg of prolonged action tablets. The concentration in the plasma is linear depending on the amount of the administered dose.

Distribution: communication with plasma proteins - more than 99% (most of it binds to albumins). The apparent volume of distribution of diclofenac in the body is on average 0.12-0.55 l / kg. Penetrates into breast milk, synovial fluid; C max in synovial fluid is observed 2-4 hours later than in plasma. T1 / 2 from the synovial fluid is -3-6 hours (the concentration of the drug in the synovial fluid 4-6 hours after its administration is higher than in the plasma, and remain higher for another 12 hours).

Metabolism: 50% of the drug is metabolized during the "first pass" through the liver. Metabolism occurs as a result of multiple or one-time hydroxylation and conjugation with glucuronic acid. The isozyme CYP2C9 also participates in the metabolism of the drug. The main metabolite of the drug (4'-hydroxydiclofenac) has a slight anti-inflammatory activity.

In patients with severe renal failure (creatinine clearance less than 10 ml / min), the excretion of metabolites with bile is increased, while there is no increase in their concentration in the blood. In patients with chronic hepatitis or compensated cirrhosis of the liver, the pharmacokinetic parameters do not change.

Hypersensitivity to diclofenac, to any other component of the drug or to soy;

complete or incomplete combination of bronchial asthma of recurrent polyposis of nasal mucosa and perinasal capsules and intolerance to acetylsalicylic acid;

the last trimester of pregnancy;

Complete data on the use of diclofenac during pregnancy are absent. Experiments on animals showed reproductive toxicity. The potential risk to humans is unknown.

If possible, avoid the use of diclofenac in the first and second trimesters of pregnancy. In cases of extreme need, diclofenac should be taken at minimal therapeutic doses for a short period of time.

Diclofenac is contraindicated in the third trimester of pregnancy. In connection with its mechanism of action, it is possible to suppress the ability of the myometrium to contract, prolong the period of pregnancy and childbirth, cardiovascular and renal toxicity of the fetus, and the appearance of a tendency for bleeding in the mother and child.

Diclofenac and its derivatives penetrate breast milk in small amounts, and therefore a short-term drug intake without interruption of feeding is possible. In cases where longer dosing is required, as well as taking high doses, it is recommended to stop breastfeeding for a while.

In connection with the negative effect on fertility, women who want to become pregnant, the drug is not recommended. In patients with infertility (including undergoing examination) it is recommended to cancel the drug.

Inside, entirely, without chewing and washing down with the necessary amount of liquid.

Dosage depends on the severity of clinical manifestations. The recommended adult dose is 75 mg to 150 mg diclofenac per day in one or two doses. The maximum single dose is 75 mg (one capsule). The maximum daily dose is 150 mg (two capsules).

On the part of the respiratory system: rarely - bronchial asthma (including dyspnea); very rarely - pneumonitis.

symptomatic therapy. Hemodialysis is ineffective. There is no special antidote.

Interaction with other drugs

The intake of diclofenac increases the concentration in the plasma of digoxin, lithium preparations.

Reduces the effect of hypotensive and hypnotic drugs. Increases the likelihood of side effects (bleeding in the gastrointestinal tract) of other nonsteroidal anti-inflammatory drugs and glucocorticosteroids, toxicity of methotrexate and nephrotoxicity of cyclosporine due to an increase in their concentration in the plasma. Acetylsalicylic acid reduces the concentration of diclofenac in the blood. Simultaneous use with paracetamol increases the risk of developing nephrotoxic effects of diclofenac.

Reduces the effect of hypoglycemic drugs.

Selective serotonin reuptake inhibitors increase the risk of bleeding in the gastrointestinal tract.

Simultaneous use with ethanol, colchicine, corticotropin and preparations of St. John's wort increases the risk of bleeding in the gastrointestinal tract.

Medicines that cause photosensitivity, increase the sensitizing effect of diclofenac to ultraviolet radiation.

Drugs that block tubular secretion, increase the concentration in the plasma of diclofenac, thereby increasing its effectiveness and toxicity.

Antibacterial drugs from the quinolone group increase the risk of seizures.

Because of the important role of prostaglandins in maintaining renal blood flow, caution should be exercised in appointing patients with cardiac or renal insufficiency, and also in the treatment of elderly patients taking diuretics and patients who for any reason have a decrease in circulating blood volume (in including after extensive surgical intervention). If in such cases diclofenac is prescribed, it is recommended to monitor the kidney function as a precautionary measure.

In patients with hepatic insufficiency (chronic hepatitis, compensated cirrhosis), the kinetics and metabolism do not differ from similar processes in patients with normal liver function. When performing long-term therapy, it is necessary to monitor liver function, the picture of peripheral blood, the analysis of feces for latent blood.

During the treatment period, it is possible to reduce the speed of mental and motor reactions, so it is necessary to refrain from driving motor vehicles and practicing other potentially dangerous activities that require an increased concentration of attention and speed of psychomotor reactions.

3 blisters together with instructions for use are placed in a cardboard box.

Do not use after the expiration date. 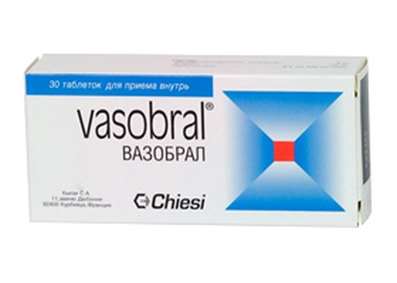 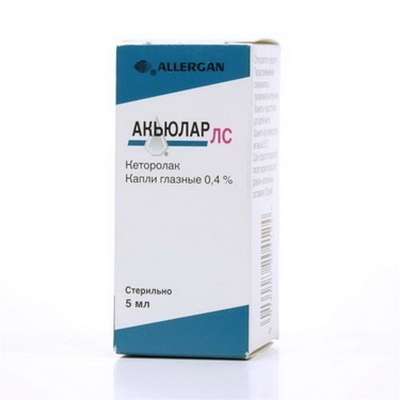 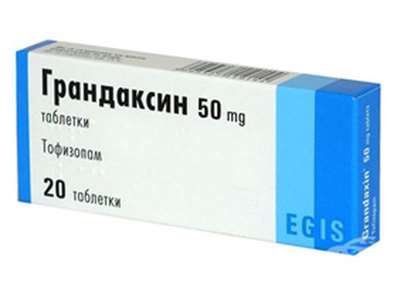 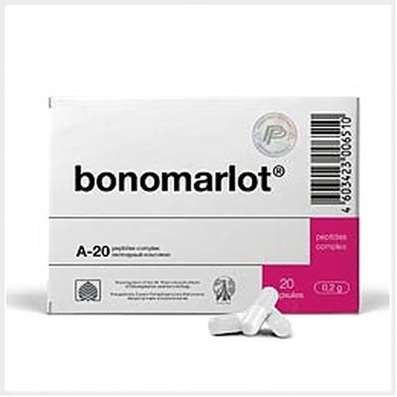 Someone from the Spain - just purchased the goods:
Bonomarlot 20 capsules