The problems associated with the occurrence of ulcers on the skin, worries humanity for more than one century. And, unfortunately, it is still impossible to completely solve them. Moreover, in our time, issues of treatment and prevention of such a violation as trophic ulcers become more urgent. This is primarily due to the growing number of vascular diseases, leading to blood flow disorders. So, in the USA and Western Europe, up to 25% of the population suffer from one or another form of varicose veins. In general, chronic venous insufficiency (CVI) of the lower limbs - one of the main causes of the appearance of trophic ulcers - is observed in about 10-15% of the adult population of the planet, in developed countries this figure is increased to 20%. In Russia, the same picture is observed - about 38 million people suffer from CVI, recently there has been an increase in the incidence, and about 5 million people have trophic ulcers, mainly feet and shins. 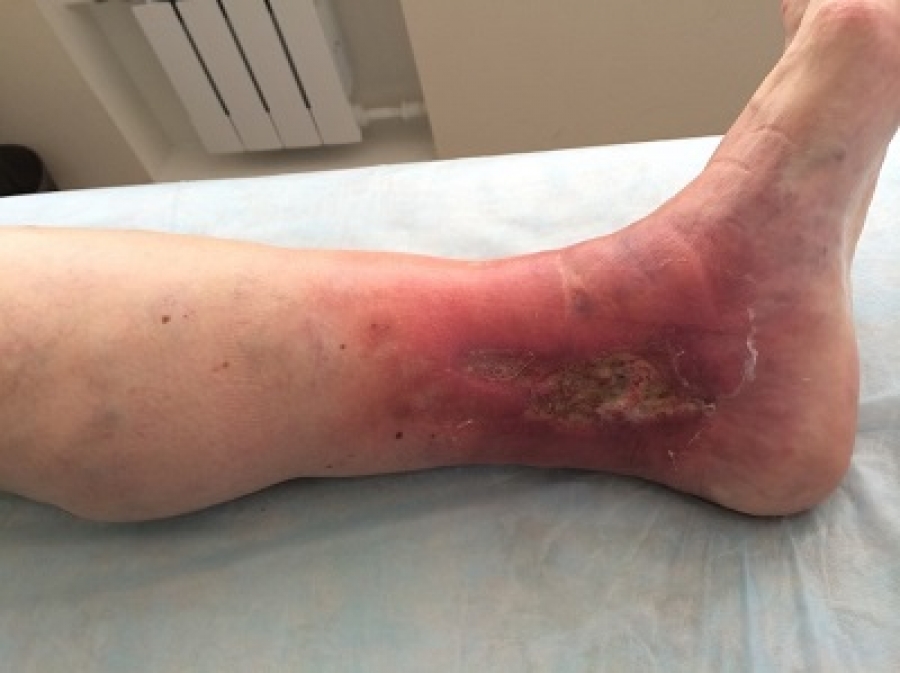 What it is?
A trophic ulcer is a defect in the skin or mucous membrane, as well as under the tissues located under them, resulting from a disturbance in their normal nutrition, most often due to a deterioration in the blood supply, or, more rarely, of nervous trophism. These disorders can lead to various diseases and injuries, but the result is a violation of microcirculation in this or that area of the skin with subsequent necrosis of soft tissues. The dead part is rejected, and an ulcer is formed on the skin - chronic, long (months, and sometimes even years), not healing, after healing prone to re-opening. In addition to complicating the situation (up to sepsis), infection of ulcers by various microorganisms can occur and is relatively rare (up to 3.5% of cases), but extremely dangerous cancer degeneration of trophic ulcers.

More than half of the trophic ulcers - 52% - occur as a result of varicose veins, 7% - with thrombophlebitis CVI, 14% of trophic ulcers - "arterial" origin, and they arise as a result of chronic arterial insufficiency, for example, with obliterating atherosclerosis. Mixed violation of blood supply (when both venous and arterial insufficiency develop simultaneously) gives 13% of cases of trophic ulcers. Post-traumatic ulcers (resulting from infection of wounds, burns, frostbite on the ground, etc.) account for 6% of the total statistics, neurotrophic (resulting from a non-blood supply, and nervous trophism - for example, spinal injuries that cause nerve impulses and loss of sensitivity in any zone) - 1%. A special problem is considered to be diabetic trophic ulcers (5% of cases) that appear in diabetic patients (usually on the foot and toes) as a result of specific lesions of microcirculation and nerve conduction. The remaining 2% of cases of trophic ulcers have a variety of etiologies: hypertensive (Martorell syndrome), infectious (syphilitic, tubercular, leprosy), occur in vasculitis, some metabolic syndromes, etc.

Regardless of the causes that caused the trophic ulcer, its treatment is a long process (sometimes, especially with frequent relapses, and lifelong), in which surgical methods, and physiotherapy, and, of course, various drugs, both local and and general action.

How to treat?
Treatment of the ulcer itself will be effective only if the cause that caused the trophism of the skin is eliminated simultaneously - without this, even if local treatment is successful and the ulcer is completely closed, relapses, the appearance of new ulcers on other skin areas, etc. are possible. In most cases, the direct cause is a violation of microcirculation, so in the complex therapy of trophic ulcers it is necessary to use agents that improve the rheological properties of the blood, increase the tone of the vessels (phlebotonics), prevent the formation of thrombi (fibrinolytics) and improve cell nutrition. Depending on the specific indications and contraindications, the patient can be assigned heparin and its derivatives, spasmolytics (drotaverin, nicotinic acid, papaverine), acetylsalicylic acid (Aspirin) and other drugs. One of the means widely used for the treatment and prevention of trophic ulcers of various etiologies is pentoxifylline, which has a complex effect: mild fibrinolytic, pronounced venotonic, lymphodrene; In addition, it positively affects the rheological characteristics of the blood. In some cases, pentoxifylline is prescribed together with prostaglandin E1 preparations, which promote the enhancement of capillary blood flow and prevent thrombogenesis. To improve cellular nutrition and respiration, Actovegin is used in clinical practice, which significantly increases oxygen consumption in cells, contains a significant amount of nutrients and microelements, and accelerates the processes of metabolism and, consequently, healing.

An important component of the complex treatment of trophic ulcers is the use of broad-spectrum antibiotics and antiseptic agents. Antibiotics are used not only for ulcers of infectious etiology, but also with such a frequent complication as the inflammation of the tissues surrounding the ulcer: in many cases they are caused by the drift of various microorganisms - both bacteria and fungi, therefore, if necessary, antimycotic preparations may be prescribed. To prevent infection of ulcers, regular antiseptic treatment and the application of aseptic coatings are required.

The problem of treatment of trophic ulcers is one of the most difficult in their treatment, since for the successful treatment it is necessary to remove both necrotic tissues and exudate and fibrin film (which along with the dead tissue can serve as a substrate for the development of microorganisms), and at the same time it is necessary to preserve as much as possible connective tissue components responsible for regeneration. To do this, use local remedies (mainly ointments) containing various proteolytic enzymes, for example collagenase (as part of the Iruksol ointment, etc.), selectively cleaving collagen at the border of dead and living tissues. This selectivity is due to the fact that the collagen of normal tissues is protected by mucopolysaccharides, which are absent on necrotic sites. Other collagenolytic enzymes are also used - for example, ultralizin or terrylitin, usually in complex preparations, which also contain antiseptics and sorbents. After the ulcer is cleared (both medically and by surgical methods), local anti-inflammatory, analgesic and wound-healing agents are used.

Modernity and prospects
Recently, more and more often local remedies are used not only in the form of traditional ointments, pastes, gels, etc., but also in the form of various wound coverings (bandages, films, patches, sponges, etc.) that provide a complex effect for a combination of the properties of the carrier material and various substances either impregnating the base material or included in its composition. Such coatings provide aseptic coverage of the ulcer and an optimum level of temperature and humidity of the healing surface, promote the elimination of toxins, the rejection of dead tissue (when proteolytic enzymes are included), drain excess exudate, and the like. Depending on the condition of the ulcer, the presence of pus, exudate, signs of inflammation, etc. various types of treatment coatings can be chosen. Unlike traditional bandages (paste impregnated with pastes, etc.), modern coatings do not dry up on the wound surface, therefore they are replaced without pain, irritation and trauma to the healing surface. In addition, the use of such products with different properties at different stages of treatment makes it possible to create an optimal environment for regeneration: recently specialists are inclined to believe that trophic ulcers should heal in a moist environment, which not only helps cicatrize the ulcer, but also allows the full restoration of tissues with proliferation and differentiation of cells, the formation of new microcapillaries, etc.

A promising area in the therapy of trophic ulcers is the use of biologics containing certain growth factors that selectively affect specific components of connective tissue. In addition, work is underway to create new-generation drugs based on specially grown cell cultures - however, while most of these drugs are too expensive for mass production, it is not always convenient to use and is used primarily in clinical experiments.

Previous Article
Diabetic foot
Next Article
Stomatitis. Not so simple... 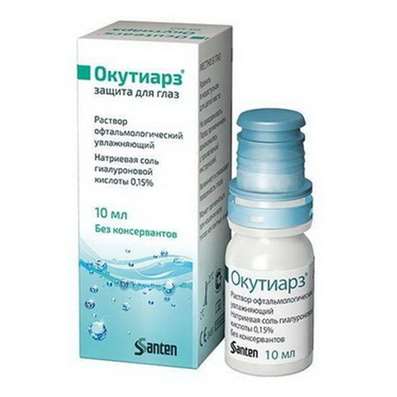 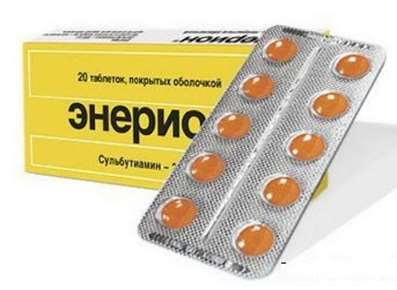 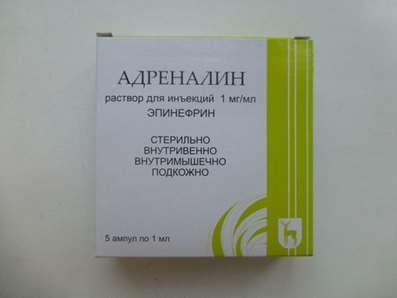 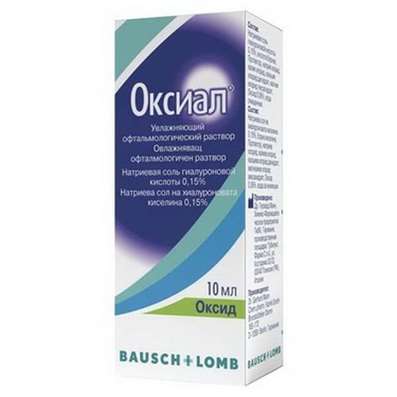