According to the study, almost 2/3 of pharmacists (64.9%) face a complaint about sleep problems, either "often" or "very often." According to the results of the same poll, more than half of all the primitive people (59.5%), after hearing such a complaint, "always give recommendations if necessary." What should the client pay special attention to when implementing these recommendations?

The cause of insomnia can be acute and chronic pain, various somatic, mental and other diseases (secondary insomnia). And yet more often sleep disorders occur in the absence of any pathology (primary insomnia).

The source of primary insomnia are excessive psychoemotional stresses. They lead to the development of the hyperactive state of the nervous system, which even with the onset of night time is supported by obsessive thoughts, fixated on the cause of stress, and is accompanied by an increase in the level of wakefulness, sensitivity to external stimuli. Over time, the main theme of these obsessive thoughts and the factor of insomnia can be the very fear of not falling asleep.

- difficulties with falling asleep;
- early awakening, inability to sleep again;
- superficial, restless sleep with frequent awakenings during the night, a feeling of dissatisfaction with sleep even after its long duration.

RX zone
At the expressed disturbances of a dream the leading role in their medicamental treatment play prescription hypnotics of different groups, appointed exclusively by the doctor. Recall that a significant proportion of these drugs is on the subject-quantitative accounting and is released strictly on prescription (the bulk of benzodiazepines, Z-drugs, barbiturates). Since only a narrow circle of pharmacy organizations has the right to work with them, we will not consider them in the framework of this article, focusing on "normal" Rx-preparations.

Benzodiazepines
The purpose of the application: ease of falling asleep, increasing the duration of sleep, reducing night awakenings with severe insomnia.

Principle of action: indiscriminately activate benzodiazepine receptors in the brainstem - increase the sensitivity of neuronal receptors to GABA (the main mediator of inhibition) - stimulate the inhibitory effect of GABA on the central nervous system.

Features of the group
Benzodiazepines can depress the late phases of slow sleep and fast sleep, cause daytime lethargy and drowsiness, addiction, withdrawal syndrome, the formation of mental and physical dependence. In this regard, they gradually go to the background in the treatment of insomnia.

Z-drugs
The purpose of the application is: to facilitate falling asleep, to reduce night awakenings, to improve the quality of sleep in severe forms of insomnia.

Principle of action: enhance the inhibitory effect of GABA on the central nervous system by selective stimulation of omega-1 benzodiazepine receptors in the brainstem.

Features of the group
Due to selective action, Z-preparations have a number of advantages over benzodiazepines: they practically do not distort the normal structure of sleep, they are better tolerated (especially zaleplon, which has a minimal half-life). However, with prolonged admission, they can also cause the development of withdrawal and dependence syndrome.

Sleeping H1-Histaminoblockers
The purpose of the application is to reduce the time of falling asleep, to reduce night awakenings, to improve the quality of sleep during short-term insomnia.

Principle of action: central histamine receptors are inhibited, as well as (partially) serotonin and acetylcholine receptors.

Features of the group
Unlike benzodiazepines and Z-drugs, doxylamine is not associated with a risk of withdrawal and drug dependence.

Synthetic analogues of melatonin
The purpose of the application is: to facilitate falling asleep, to reduce night awakenings, to improve the quality of sleep in patients older than 55 years.

Principle of action: melatonin is the epiphyseal "sleep hormone", the maximum production of which occurs at night. Influencing the melatonin receptors in the brain, it plays a key role in regulating the sleep-wake cycle.

Features of the group
- Melatonin does not cause addiction, withdrawal and drug dependence.
- On the pharmaceutical market, a short-acting melatonin preparation is also available, which is allowed to be dispensed without a prescription (section "OTC-zone").

Other drugs
Taking into account the etiology of insomnia, other groups of Rx preparations can be prescribed for its treatment, which can improve sleep and sleep by affecting the causative factors of the disease:

OTC zone
A number of medications, shown for use in complex pharmacotherapy of sleep disorders, are allowed to leave without a doctor's prescription. In the absence of contraindications, the pioneer has the right to independently advise their clients pharmacies with complaints of mild or moderate insomnia.

Supplement to medicines can serve as a variety of "thematic" products parapharmaceutical assortment.

Justification of the proposal: facilitate sleep, reduce night awakenings, improve the quality of sleep by normalizing the level of melatonin - the "sleep hormone", which normally is maximally produced at night and regulates the sleep-wake cycle.

Variants of the offer: Melaxen tablets.

Features of the group
Reception Melaxen is most suitable for insomnia in patients older than 55 years, tk. in old age there is a natural extinction of the production of its own melatonin. Melaxen can also be used for sleep disruptions caused by the change of time zones.
In comparison with the prescription melatonin of prolonged action (Circadian), Melaxen has a shorter half-life and a duration of hypnotic effect.
Melaxen is not recommended for use in pregnant and lactating women, children.
During the reception of Melaxen, one should abstain from the management of transport because of the possible decrease in the speed of psychomotor reactions.
Since light suppresses the metabolism of melatonin, after taking Melaxen, exposure to bright light should be avoided.
The possibility of taking Melaxen in combination with other sleeping pills should be agreed with the doctor, tk. the drug is able to enhance the effect of drugs that depress the nervous system.

Features of the group
These drugs ease falling asleep, but practically do not affect the quality of sleep (depth, number of nocturnal awakenings, etc.).
During pregnancy and lactation, medications of this series are contraindicated or used with caution (only as directed by the doctor).
Most sedatives are used only in adult patients (from 12 or 18 years of age). The exceptions include Tenoten child (from 3 years old) and Dormiplant (from 6 years old). Do not counteract the preschoolers rhizome with the roots of valerian in the form of infusion of raw materials.
If the difficulties with falling asleep are caused by an easy or moderate anxiety, then the most appropriate drug intake with anti-anxiety properties: in addition to synthetic anxiolytics, they have complex phytopreparations Novo-Passit, Lotosonik, Simpatil, preparations with St. John's wort extract (Deprim forte, Neuroplant, etc.). In the case of difficulties with falling asleep against a background of mild or moderate deterioration in mood, apathy (but not in clinical depression!), The same phytopreparations with St. John's Wort extract are used. According to the instructions, the antioxidant Tenoten also has an antidepressant effect.
Most soothing drugs can inhibit the speed of psychomotor reactions, so during their intake should refrain from work and activities that require increased concentration. There are no such limitations of anxiolytics with anti-asthenic properties of Afobazol and Tenoten.
If the patient is already taking other neurotropic drugs (hypnotics, antidepressants, anxiolytics, etc.), then taking OTC suppressants should be done with caution. With the exception of Tenoten, the drugs of this group can either enhance the inhibitory effect on the CNS of neurotropic drugs, or change the concentration in the blood of other drugs (remedies with St. John's wort extract).

Variants of the offer:

Features of the group
- Preparations with magnesium and vitamin B6 are contraindicated during lactation, and in pregnant women are applied only on the advice of a doctor. Preparations of glycine in a dose of 100 mg do not have such limitations.
- Magne-B6, Magne-B6 Fort, Magnelis B6 tablets are applied from the age of 6, Magne-B6 solution - from 1 year. Glycine has no age-related contraindications, but in small children this drug is difficult to apply purely "technically" because they do not know how to properly dissolve sublingual tablets.

Homeopathic remedies
Justification of the proposal: can help reduce psychoemotional disorders and facilitate sleep, incl. in combination with classical medicines.

Features of the group
In pregnant and nursing homeopathic remedies can only be used as prescribed by a doctor.
Most of these drugs are used since the age of three, Vernison is from the age of 18. From 0 years Dormikind is allowed (when used in children, the tablets are diluted in water).

Justification of the proposal: reduce the risk of progression of psychoemotional disorders and related sleep disorders. They are used in addition to medicines.

Features of the group
- Pregnant and lactating women, most "soothing" dietary supplements are either contraindicated, or applied with caution.
- The basis of the majority of dietary supplements in this group are the sub-therapeutic concentrations of various herbs of soothing action. Some of them also prevent a deficiency in the body of natural anti-stress substances: macronutrients (magnesium, etc.), vitamins (group B, etc.), amino acids (tryptophan, etc.).

Bath products
Justification of the proposal: contribute to the relaxation of the body during the evening water procedures.

Variants of the offer:

Features of the group
During pregnancy and lactation, these products are either contraindicated (especially essential oils), or applied in concert with a gynecologist.
In case of insomnia, the temperature of the evening bath should not exceed 33-45ºC. Too cold or hot bath can make it difficult to fall asleep due to a toning, exciting action.
Essential oils in order to normalize the state of the central nervous system can be used not only in baths, but also through burning (through aromatic lamps), inhalation, rubbing.

Previous Article
Cirrhosis of the liver
Next Article
Diabetic Nephropathy 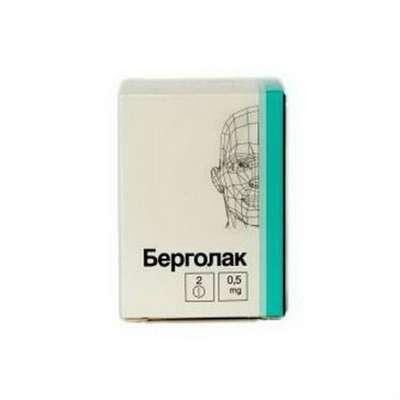 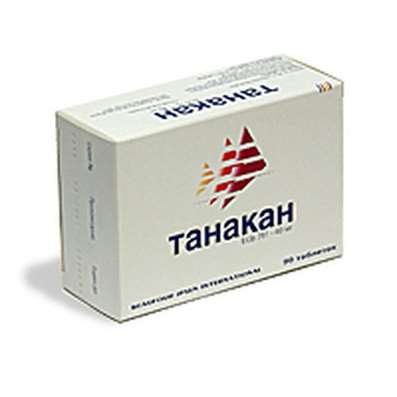 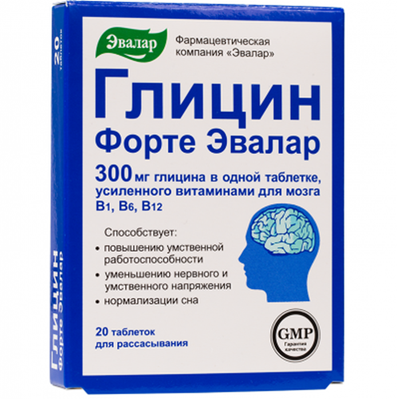 Someone from the Norway - just purchased the goods:
Glycine Forte Evalar 300mg 20 pills