Velafax (Venlafaxinum, Venlafaxine) - Antidepressants are not chemically related to any class of antidepressants (tricyclic, tetracyclic, or other), is a racemate of two active enantiomers. The mechanism of the antidepressant effect of the drug is related to its ability to potentiate transmission of nerve impulses in the central nervous system. Venlafaxine and its main metabolite O-desmetilvenlafaksin (EFA) are potent inhibitors of the reuptake of serotonin and norepinephrine and weak inhibitors of dopamine reuptake. Additionally, EFA venlafaxine and reduced beta adrenergic responsiveness after a single administration, or at constant reception. Venlafaxine has no affinity for cholinergic, m, H1-histamine receptors and brain α1-adrenoceptors. It suppresses the activity of MAO. The drug has no effect on the release of norepinephrine from the brain tissue.

Treatment of depressions of various etiologies, including depression accompanied by symptoms of anxiety.

Patients and caregivers of patients should be warned about the need to monitor for the emergence of suicidal ideation and immediately seek medical help in case of corresponding symptoms.

As with treatment with other antidepressants, venlafaxine abrupt cessation of therapy - especially after high doses - may cause withdrawal symptoms in connection with what is recommended to gradually reduce the dose before discontinuing the drug. The risk of withdrawal symptoms depends on the dose, duration of therapy, as well as individual patient sensitivity. In patients with affective disorders in the treatment with antidepressants (including venlafaxine) may experience hypomanic or manic state. Velafax (like other antidepressants) should be administered with caution to patients with mania in history (such patients are in need of medical supervision).

The use of venlafaxine may be associated with the development of psychomotor restlessness, which clinically resembles akathisia is characterized subjectively unpleasant and cause suffering to concern with the need to move, often in combination with the inability to sit or stand still. This condition occurs most often during the first few weeks of treatment. If you have these symptoms increase in dose can have an adverse effect and should consider whether to continue receiving venlafaxine.

Patients should be warned of the need to consult a doctor immediately in case of rash, urticaria, or other allergic reactions.

In some patients, while receiving venlafaxine observed a dose-dependent increase in blood pressure, in this connection, it is recommended to monitor blood pressure regularly, especially during the selection or increase the dose.

Against the background of treatment with the possibility of increasing the heart rate, especially during the reception in high doses. Caution should be exercised when using the drug in patients with a tendency to tachycardia.

Patients, especially the elderly, should be warned about the potential for dizziness and impaired sense of balance (postural hypotension).

In patients taking venlafaxine, rarely observed changes in ECG parameters (lengthening of the interval PR, the expansion of the QRS complex, prolongation of QT interval).

Precautions should be prescribed venlafaxine in patients with recent myocardial infarction, unstable angina, since the safety of the drug in these patients has not been studied.

As with other serotonin reuptake inhibitors, venlafaxine can increase the risk of hemorrhages in the skin and mucous membranes. When treating patients predisposed to these conditions, caution is required.

While receiving venlafaxine, especially under conditions of dehydration or reduction of the circulating blood volume (including elderly patients and in patients receiving diuretics), hyponatremia can be observed and / or syndrome of inadequate secretion of antidiuretic hormone.

During the administration of the drug can be observed mydriasis, and therefore recommended that the control of intraocular pressure in patients who are prone to increase his or narrow-angle glaucoma.

Venlafaxine not combine with means which reduce body weight (including phentermine), due to lack of efficacy and safety data.

Conducted to date clinical studies revealed no tolerance to venlafaxine or depending on him. Despite this, the physician must establish careful monitoring of patients for signs of drug abuse (such as in the treatment of other drugs acting on the CNS). The special control require patients having in the anamnesis of drug dependence.

Precautions should be prescribed the drug for abnormal liver or renal function. Sometimes it may require dose reduction.

In patients receiving venlafaxine should be particularly careful during electroconvulsive therapy, as experience with venlafaxine in these conditions is missing.

During treatment, alcohol is not recommended.

Venlafaxine has virtually no effect on psychomotor and cognitive functions. However, given the possibility of significant adverse effects on the central nervous system during treatment with venlafaxine should be careful when driving and other lesson potentially dangerous activities which require high concentration and psychomotor speed reactions.

Tablets Velafax recommended to be taken orally, during a meal, preferably at the same time, liquid squeezed liquid.

For the treatment of depression the recommended initial dose - 37.5 mg 2 times / day every day. If after several weeks of treatment, no significant improvement is observed, the dose can be increased to 150 mg / day - 75 mg 2 times / day.

If necessary, use a higher dose in severe depressive disorder or other conditions that require hospital treatment, you can immediately appoint 75 mg 2 times / day. Thereafter, the daily dose may be increased to 75 mg every 2-3 days until the desired therapeutic effect. The maximum daily dose Velafaks drug is 375 mg. After achieving the desired therapeutic effect, the daily dose can be gradually reduced to the minimum effective level. Supportive therapy and relapse prevention lasts for 6 months or more. The drug is prescribed at the lowest effective dose used in the treatment of depressive episodes. 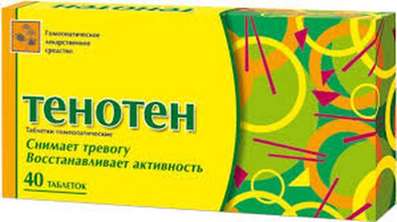 Someone from the Netherlands - just purchased the goods:
Oxyal eye drops 10ml