Cerazette (Charozetta) is gestagensoderzhaschie oral contraceptive containing the progestogen desogestrel. Like other gestagensoderzhaschie oral contraceptives ("minipill") Charozetta best suited for use during breast feeding and for women who are contraindicated or who do not want to take estrogen. Unlike "mini-drinking", the contraceptive effect of the drug Cerazette is achieved mainly due to the suppression of ovulation. Other effects include an increase in the viscosity of cervical mucus.

When using the drug Charozetta in the first 56 days, the frequency of ovulation does not exceed 1%, after the termination of 56-day administration of the drug ovulation occurs in 7-30 days (on average 17 days). In a comparative efficacy study (which allowed taking missed pills for a maximum of 3 hours), the overall Pearl index (a measure that reflected the rate of pregnancy in 100 women during the year of use of the contraceptive) of the drug Cerazette was 0.4 in the group of all patients included in the study.

The Pearl index of the drug cerazette comparable with the Pearl index combined oral contraceptives in the General population receiving oral contraceptives. Taking the drug Cerazette leads to a decrease in serum estradiol to values characteristic of the early follicular phase. At the same time, no clinically significant changes in carbohydrate, lipid metabolism and hemostatic parameters were revealed.

Despite the regular use of the drug Cerazette, sometimes there may be irregular bloody discharge. If bleeding is very frequent and irregular, you should consider using another method of contraception. If the above symptoms are persistent, then it is necessary to exclude organic pathology. Tactics in relation to amenorrhea during the use of the drug depends on whether the pills were taken in accordance with the instructions, and may include a pregnancy test. In case of pregnancy, the drug should be discontinued. In case of acute or chronic liver function disorders, the woman should consult a specialist for examination and consultation. Women should be informed that Cerazette does not protect against HIV infection (AIDS) and other sexually transmitted diseases.

Reduced effectiveness: the effectiveness of gestagens containing oral contraceptives may be reduced in the case of missing pills, gastrointestinal disorders or when taking other drugs.

Changes in the nature of menstruation: during the use of gestagens containing contraceptives in some women, vaginal bleeding may become more frequent or longer, while in other women, these bleeding may become more rare or stop altogether. These changes are often the reason that a woman refuses this method of contraception, or ceases to strictly follow the doctor's instructions. In detailed consultation with women who have decided to start taking the drug Cerazette, the doctor should discuss the possibility of such changes in the nature of the menstrual cycle. Evaluation of vaginal bleeding should be based on the clinical picture and may include examination to exclude malignant neoplasms or pregnancy.

Follicle development: when taking all low-dose hormonal contraceptives, follicle development occurs, occasionally the size of the follicle can reach sizes exceeding those in the normal cycle. In General, these enlarged follicles disappear spontaneously. Often, this occurs without symptoms; in some cases, there is mild pain in the lower abdomen. Surgery is rarely required.

Laboratory tests: the data obtained in relation to combined oral contraceptives, showed that the use of hormonal contraceptives may influence the results of certain laboratory tests, including biochemical parameters of liver, thyroid gland, adrenal glands and kidneys, on the levels of (transport) proteins in the serum, for example, globulin, corticosteroid binding, the fraction of lipids/lipoproteins, carbohydrate metabolism and parameters of coagulation and fibrinolysis. Usually these changes remain within normal values. It is not known to what extent this also applies to contraceptives containing only gestagen.

Venous thromboembolism: epidemiological studies have established a link between use of combined oral contraceptives and increased incidence of venous thromboembolism (VTE, deep vein thrombosis and pulmonary embolism ). Although the clinical significance of these data for dezogestrel as a contraceptive that does not contain an estrogen component is unknown, the use of the drug Charozetta should be discontinued in the case of thrombosis. It should consider the possibility of discontinuing the drug Cerazette in the case of prolonged immobilization associated with the operation or disease.

Diabetes: although Progestogens may influence the resistance of peripheral tissues to insulin and glucose tolerance, there is no evidence that there is a need to change the therapeutic regimen in patients with diabetes using oral contraceptives gestagensoderzhaschie. However, women with diabetes should be carefully monitored during the first months of the drug.

Bone mineral density: the use of the drug Cerazette leads to a decrease in serum estradiol level to a level corresponding to the early follicular phase. Until now, it is not known whether this reduction has any clinically significant effect on bone mineral density.

Prevention of ectopic pregnancy by traditional gestagens containing oral contraceptives ("mini-pili") is not as effective as in combined oral contraceptives, since the use of" mini-pili " often ovulation. Despite the fact that Cerazette effectively inhibits ovulation, in the case of amenorrhea or abdominal pain, ectopic pregnancy should be excluded during differential diagnosis.

The drug Cerazette contains no more than 65 mg of lactose, so women with rare hereditary disorders associated with galactose intolerance, lack of lactase Lappa, or glucose-galactose malabsorption, should refrain from taking the drug.

The tablets should be taken orally in the order indicated on the package every day at about the same time, if necessary with a small amount of liquid. One tablet should be taken daily for 28 days. Each subsequent packaging starts immediately after the previous packaging.

In the absence of previous use of hormonal contraceptives (within the last month), taking tablets should be started on the 1st day of the menstrual cycle (1 day of menstrual bleeding). It is allowed to start taking on the 2-5 day, but then during the first cycle during the first 7 days of taking the tablets, it is recommended to additionally use the barrier method of contraception.

The transition from other drugs, containing only progestogen ("mini-pili", injection, implant or intrauterine system gestaltpsychologie): a woman taking the "minipill". can go to the drug Cerazette any day. A woman who uses an implant or an intrauterine system on the day they are removed. A woman who uses injectable forms of contraceptives - on the day when the next injection should be made. In all these cases, an additional method of contraception is not required.

After an abortion made in the first trimester, it is recommended to start taking the drug immediately: an additional method of contraception is not required.

What to do if you miss another pill: contraceptive protection may be reduced if the interval between taking two pills is more than 36 hours. If the delay in taking the pill is less than 12 hours, the missed pill should be taken as soon as the woman remembers it, and the next pill should be taken at the usual time. If the delay in taking the pill is more than 12 hours, the woman should follow the above recommendations, as well as apply an additional method of contraception for the next 7 days. If the pills were missed in the very first week of taking the drug and there was a sexual act during the week preceding the omission of taking the pills -, pregnancy should be excluded. 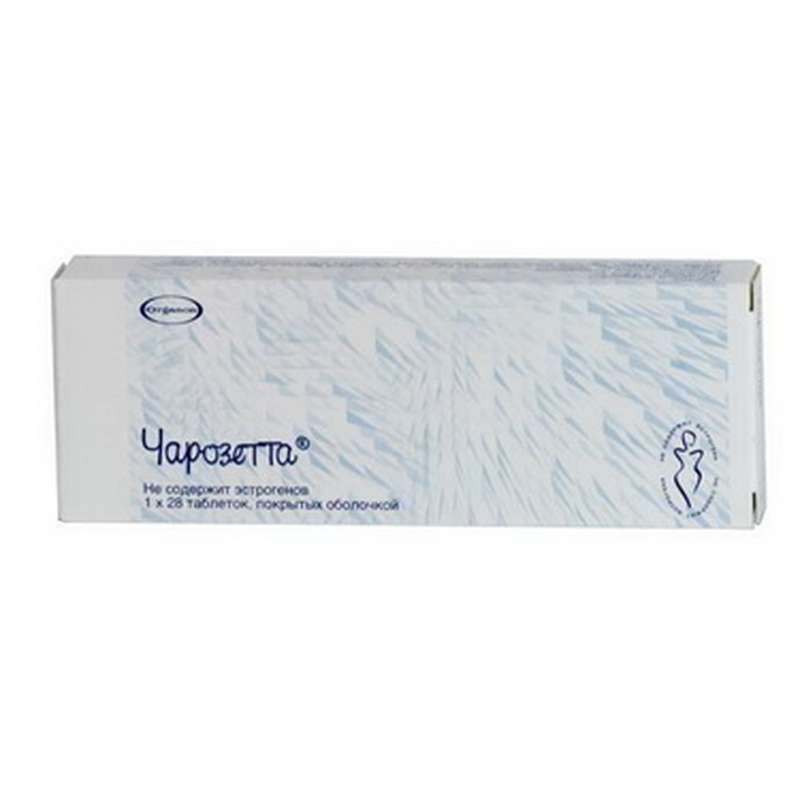 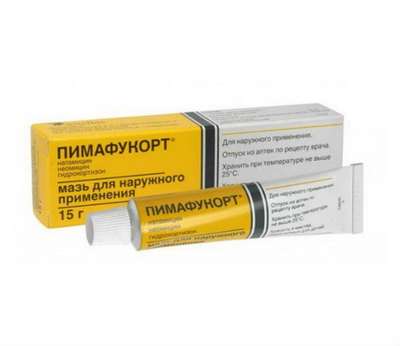 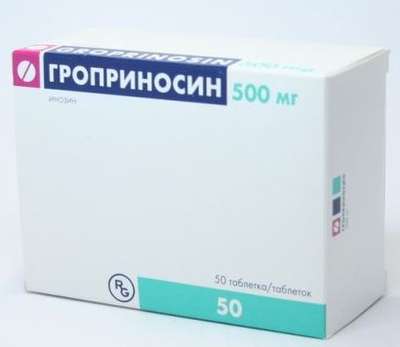 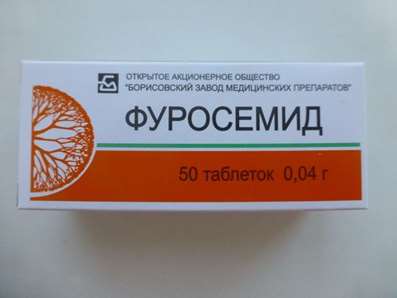 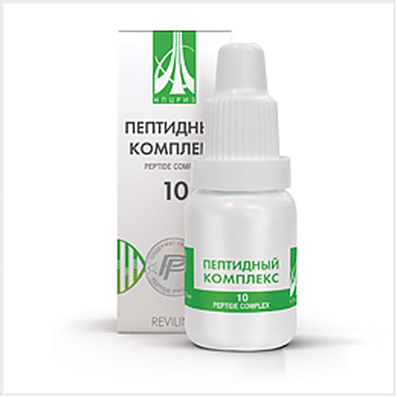 Someone from the Brazil - just purchased the goods:
Peptide complex 10 10ml for prevention and recovery of the female reproductive system