Why beer alcoholism is dangerous?

Dependence on beer forms in man a deceptive impression of happiness and well-being. According to the majority, beer is almost not alcohol. For a long time for alcoholization, fights with a sobering-up station, which are typical for alcoholic excesses, are not significant. The desire to drink beer does not cause a person such anxiety, as well as the need for vodka. Beer alcoholism begins to form significantly slower than vodka alcoholism. But when it develops, it leads to fatal consequences and severe forms of alcoholism. Advertising plays a huge role in the development of beer alcoholism. One has only to see what they teach us: Every difficult life situation can not do without alcohol. People think that beer is safe - it's not vodka, otherwise it would not be advertised. A significant part of the population of our country is more susceptible to genetic dependence on alcoholism, from this beer plays the same role as vodka. 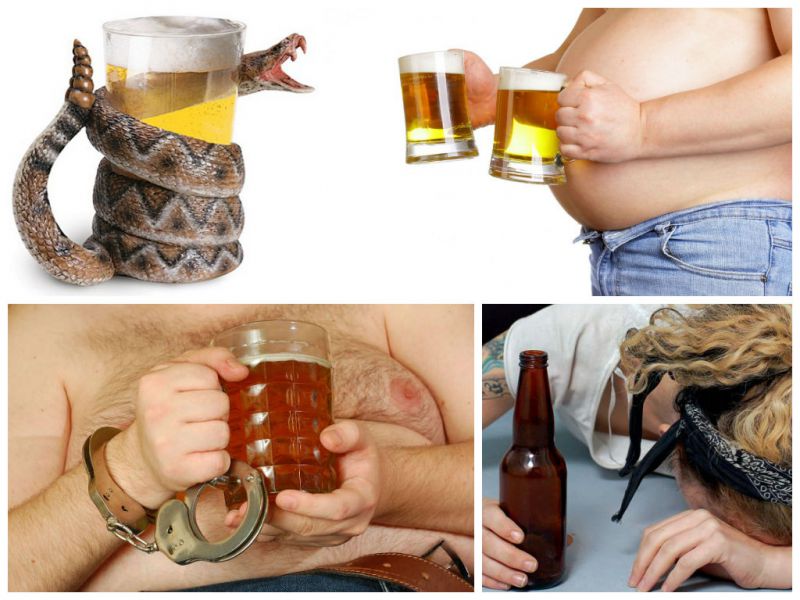 Drinking beer is the way to chronic alcoholism
Frequent use of beer - is a shortcut to the formation of chronic alcoholism, which is known as "Gambrinism." More than 30% of fans of "Guiness", "Bavarian", "Czech", and similar drinks in the coming years become alcoholics, and almost the same number - candidates in them. Attachment to beer begins much earlier than to vodka. Today, more and more often our scientists are talking about this, calling for order in the "beer business". Painful infatuation for low alcoholic beverages, which then goes into alcoholism, begins to develop 4 times faster than to strong ones. Also, the disease is much more difficult to treat. At the same time, beer lovers very quickly develop such diseases as liver cirrhosis, atherosclerosis, hepatitis, as well as various lesions of the central nervous system (CNS). Also, people who drink beer much older age, which is understandable. Since beer is consumed much more often and in larger quantities than wine or vodka. From the excessive use of beer develops beer alcoholism. (Phenotropil can cope with hangover).

Even without guessing, a person can become an alcoholic. You can also consider an alcoholic to someone who does not use any vodka or wine, but every day he drinks a few liters of beer. four liters of beer, according to the concentration of ethyl alcohol, equal to a bottle of vodka. The depth of poisoning directly depends on the content of ethyl alcohol in the body. A small volume of alcoholic beverage with a larger strength leads to a very rapid intoxication. If you drink a large volume with a small fortress, the concentration of ethyl alcohol will remain the same, but intoxication will come more slowly. And as there is no difference, to drink a day a bottle of vodka (two hundred grams of alcohol) or drink four liters of beer - in these two cases it is alcoholism. Such a development of events may be unusual for those people who do not know what is intoxication or who have never thought about it. Quite often, such people do not want to recognize themselves as alcoholics, although they actually have an open dependence on alcohol. Not a single person who became an alcoholic started immediately with moonshine or vodka. They all start with wine, beer or with the notorious cocktails. But in these cases, the dependence mechanisms are formed similarly. From this follows such a chain: <A small consumption of beer - a dependence on beer or beer alcoholism - habitual to us alcoholism>.

Consequences of beer alcoholism
Nowadays, a lot of scientific data has been gathered, which say that beer is not a harmless or harmless drink, but vice versa. Frequent use of beer leads to the further development of many diseases. Even in small numbers, alcoholic taxis, which are contained in beer, as well as many other poor compounds for the human body, change the exchange and transmission of processes, worsen and slow down the functions of vital systems and organs. In the first place suffer: the brain, the digestive system and the cardiovascular system. It's a pity, but many people are very poorly aware of the evil of beer. an example of this - very often there are real beer feasts, with the use of a huge amount of pickles. This is typical not only for our country, but for many too. For example, in Bavaria, traditional beer festivals are held annually. The last festival, held not so long ago, brought not only good, but also quite sad and terrible records. On the day of the festival, about five million liters of Bavarian beverage was drunk. In the unconscious, 223 people were taken to hospitals.

If you often use beer, then the activity of the gastrointestinal tract is in a state of chronic overstrain, especially the liver. Contained in riva or other strong alcoholic products toxic substances, release strong adrenaline hormones, which leads in rare cases to outbreaks of aggression. Simultaneously with adrenaline, the so-called hormone of sadness is thrown into the blood, which contributes to the development of a depressed mood. For the central nervous system (CNS), beer is no less dangerous drink than all other beverages with a higher concentration of alcohol. After conducting a series of studies, American scientists concluded that drinking beer before a trip is much more dangerous than wine drinking, for drivers.

Overflowing the bloodstream, beer is very quickly absorbed into the human body. When a large amount of beer is drunk, there is an expansion of the boundaries of the heart by dilating the veins. In the lingo of radiologists, this phenomenon is called the capron stocking syndrome or the "beer heart" syndrome. If you frequently abuse beer, then the person's heart "sags" and becomes flabby, and his functions are lost irrevocably.

Scientists have found that from frequent use of beer, chronic diseases worsen, obesity develops, and new ailments also appear. For reference: according to many, an inoffensive mug of beer, being drunk daily during the year, adds to the weight of up to 15 kilograms. Of course, this was known before.

What is the danger of beer for teenagers?
For the younger generation, beer is especially dangerous. A distinctive feature in the last 3 decades is acceleration. One of the aspects is when physical development is far ahead of the psychological one. The increasing lability of the neuroendocrine system, which is simultaneously accompanied by active sexual maturation, makes the organisms of young people the most vulnerable to many harmful environmental factors, as well as to tobacco and alcohol. The "normal" dose of alcohol for an adult is superthreshold for a young generation, which means much more harmful and toxic.

Beer now is a relatively inexpensive and easily accessible product. Therefore, students and even schoolchildren can easily afford it. Different cocktails are also very dangerous, they practically do not have any natural ingredients declared in the composition: rum, gin, natural juices. Adolescents mistakenly think that cocktails and beer are not harmful, that they increase the disposition of the spirit, do not interfere with thinking, do not greatly weaken the control over your body. But, as it turns out, after 2-3 years of drinking these drinks without alcohol it's impossible to live.

Medical observations show that when a teenager drinks low-alcohol drinks in the coming months, very rarely years, they become addicted to them. And by the end of the year some stereotype of alcoholic behavior is being developed. This leads to an increase in the human body's need for even more frequent alcohol intake, including beer, and the dose increases all the time. The second year of "beer life" is already characterized by the emergence of mental dependence. That is, there is a sharp increase in thrust, not only to beer, but also to stronger alcoholic beverages. After some time there is also a physical dependence on alcoholic beverages. First-hand signs of adolescent alcoholism.

Beer and pregnancy are incompatible
Everyone has long known that beer has a toxic effect on human organs and their cells, which are responsible for the continuation of the genus. There are cases when beer led to infertility. And if the pregnancy has appeared, then the toxic compounds present in the beer, as in other alcoholic beverages, can lead to the development of mental and anatomical abnormalities with which children will be born if they survive until the time of delivery. The toxic effect of beer increases many times when it is consumed together with wine or vodka. In this case, the effect of these alcoholic beverages increases greatly, while their harmful effect on the organism of both the mother and the fetus increases. And if a person also smokes, then the toxic effect of beer increases by an order, because beer and tobacco toxins are synergists.

They are strong catalysts for each other. Even harm with their joint application is much greater than from the sequential application.
There is a lot of data that suggests that compared to wine, beer is the more frequent cause of complications during pregnancy and at its end. Evidence of this and clinical observations, and experiments on animals. It is worth adding that if a mother drinks beer during the period when she is breastfeeding, this can lead to a serious disruption of the child's health.

I. Leibzon, a German researcher, traced the fate of 300 children who were aged 1-5 years. Their mothers at the time of natural feeding used the traditional Bavarian beer cooked at home. And it turned out that 87 percent of children lagged behind in intellectual development, 67 percent of children suffered from various diseases of the digestive system. But most unexpected, 15.6 percent of newborns died in the first year of life. According to the work of J. Rosenthal, an Australian surgeon, 59% of breast-feeding mothers were diagnosed with inflammatory processes of the mammary glands, which are difficult to treat.

Beer stimulates the growth of cancer cells
According to the testimony of oncologists, beer promotes the development of malignant neoplasms, stimulates the growth of cancer cells. Now it is known that in a healthy human body there are oncogenic cells in a certain amount that are destroyed by killer cells (T-cells) with well-functioning adaptation mechanisms. When the biological mechanisms of the human body work normally, are not exposed to harmful environmental factors, tobacco and alcoholic origin. But those who drink and smoke, this defense system always suffers. This explains their increased predisposition to the emergence and development of cancerous processes.
Features of treatment of beer alcoholism

If you do not find and do not start treatment in time, then beer alcoholism will definitely lead to normal alcoholism. At the same time, it is necessary to take into account that when going through the treatment of beer alcoholism, refusing to drink beer, it will never be possible to return to "cultural drinking". Since the exchange in the brain is disrupted and the normal reaction to alcohol is not recoverable. Any use of alcohol will definitely lead to a breakdown, immediately or a little later there will be metabolic disturbances. Even if you do not eat for many years, it does not mean that you can again culturally drink.

Another difficulty is that the craving for beer is stronger than to vodka, so it's harder to fight beer alcoholism. This is a very dangerous disease, which can be treated with great difficulty. Still very long will pull to this fragrance, to feel a bitter taste, to feel relaxed, a feeling of self-confidence and peace. This should be understood and prepared for this, if you decided to go to the end - stop drinking.

Here's a simple tip - drink beer, get joy from life, but do not get carried away. And if you already feel the craving, stop, either by yourself or with the help of a doctor. 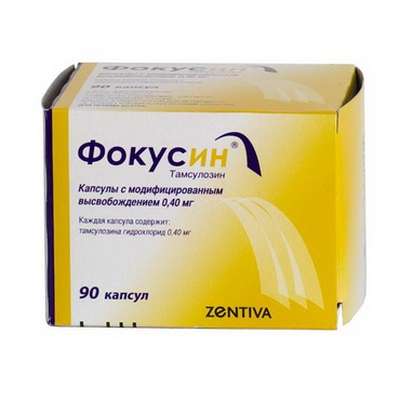 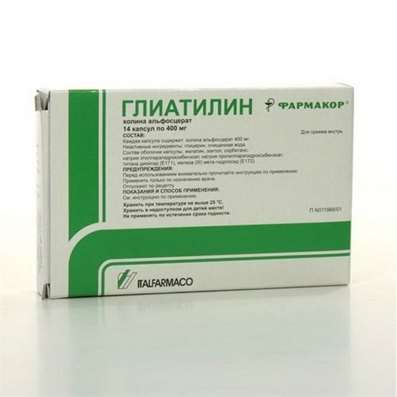 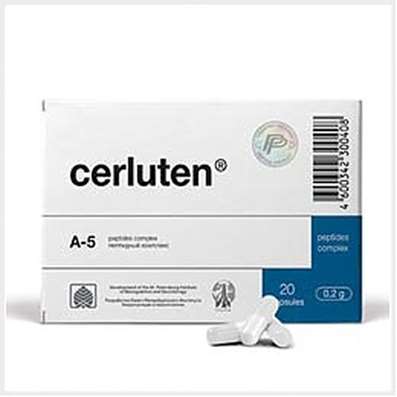 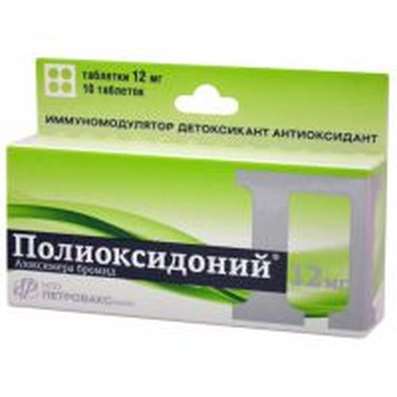 Someone from the Italy - just purchased the goods:
Polyoxidonium 12mg 10 pills