Vitamins – the major organic compounds which regulate processes of a metabolism, synthesis of energy, nerve conduction prevent destruction of cells. There is a basic separation of vitamins on liposoluble and water-soluble.

Water-soluble vitamins are vitamins of group B and vitamin C. Excessive reception of these vitamins isn't so dangerous as they can be removed with urine, behind some exception (for example, B6 vitamin at an overdosage can cause injury of peripheral nerves).

In general, in spite of the fact that during the researches positive influence of separate vitamins on health of the person was proved (for example, vitamin E, Niacinum, folic acid, vitamin C etc.), properties were taped only at the few from them.

Nevertheless, some vitamins help to reduce oxidizing damages and by that to improve adaptation to trainings (vitamins E, C) and/or to support immune system in the normal state at the raised exercise stresses. Theoretically, it has to help athletes to postpone better intensive trainings and as result to improve sports indicators.

Other vitamins represent small ergogenny usefulness for athletes with the normal diet saturated with all necessary nutrients. As the analysis of a delivery of many athletes showed a disadvantage of vitamins and calories in their ration, many experts recommend daily reception of multivitamins and/or reception of albuminous and carbohydrate additive right after the training.

In recently published article in the magazine of the American medical association the reference about daily reception of multivitamin drugs in a low dosage was stated.

Statements that reception of vitamin supplements doesn't carry advantage for athletes and/or that for the specialist in a sports delivery is unethical to recommend daily reception of certain vitamins, have under themselves no reasons and aren't confirmed by modern scientific publications. It concerns as references on reception of multivitamin drugs, and concerning separate vitamins: Niacinum which helps to enlarge the level of lipoproteins of high density and to reduce risk of heart diseases; vitamin E which is an antioxidant; vitamin D which supports musculoskeletal function; vitamin C which exerts positive impact on immune system. Do not forget take Vitamin B12 for better results.

The person has to receive not less than 40 substances with a nutrition. They can be divided into energy sources (carbohydrates, fats and proteins), replaceable and irreplaceable amino acids (squirrel), irreplaceable fatty acids (fats), and also mineral substances (including trace substances) and vitamins (water - and liposoluble) (Shilsetal., 1999).

Vitamins, despite a variety of their chemical structure, can be defined as organic substances which small amounts have to arrive from the outside as in a human body they or aren't synthesized at all, or rate of their synthesis (for example, formation of nicotinic acid from a tryptophan) it is insufficient. In most cases exactly the nutrition is a source of vitamins; the exception makes vitamin D which is synthesized in an organism under the influence of ultra-violet radiation. The given definition distinguishes vitamins from trace substances — inorganic components of a nutrition (which are necessary for an organism in small amounts too) and from irreplaceable amino acids which it is required much more. We call vitamins only those organic substances which mammals need. The same which are necessary only for body height of microorganisms and cells in culture are designated as body height factors (in order to avoid unreasonable appointment to their person as vitamins). If the same vitamin exists in several chemical forms (for example, a pyridoxine, pyridoxamine) or in the form of the precursor (for example, Carotinum for vitamin A), such analogs sometimes call vitamer.

Need for vitamins. Standards of consumption.

The department on foodstuff and food performs the long-term project on expansion of a range of quantitative recommendations. The project includes an impact assessment of both nutrients, and other components of food on health of the population. At the same time not only the quantities necessary for prevention of classical conditions of deficit are investigated, but also communication of consumption of these or those components of food with risk of chronic diseases is considered.

Modern recommendations for men and women of different age are summed up in the tab. of the XIII.1—XIII.3. In the tab. XIII. 1 yet not reviewed regulations of daily requirement (RDA) for some components of food are given. The tab. XIII.2 contains the last standards of consumption (DRI) in which separation of the population into age groupes changed a little. At last, in the tab. XIII.3 sizes of the maximum daily consumption are specified. A regulation of daily requirement of this or that substance are the daily consumption preventing deficit of substance at 97 — 98% of the population. However even smaller consumption won't surely cause deficit though the remote risk of the last increases in proportion to degree of inferiority of a diet.

Consumption at the level of regulations of daily requirement or approximate daily requirement can not always compensate the deficit which arose owing to malnutrition or a disease. As the standards of consumption provided here are based on the data obtained in the USA and Canada them it is impossible to extend to the countries where because of features of food and local customs bioavailability of these or those substances can be other.

The maximum daily requirement is a consumption level which probably doesn't cause increase in risk of side effects in the majority of the population. This indicator purchased value in connection with an expansion in consumption of the enriched foodstuff and biologically active nutritional supplements.

Department on foodstuff and food, finishing scientific examination of each group of substances, about foodstuff, medicines and cosmetics, regulates marking of the vitamins and mineral substances going on sale as a part of foodstuff or medicines. The law on marking of foodstuff of 1990 (which last edition is published in "The federal soldier" at the beginning of 1993) obliges to specify on all packagings of foodstuff their structure in sizes of daily requirement, and also to provide information on their application in case of these or those diseases. FDA completely controls composition only of those nutritional supplements which are intended for children more young than 12 years, and also for pregnant women and the feeding women. However standard marking allows the consumer most to determine what part of daily need for this or that substance is covered by this amount of foodstuff.

Use of vitamins and components of food for treatment of diseases is controlled by FDA, and the medicines containing these substances are considered or as foodstuff for special diets (including nutritional supplements) or as medicines (nonprescription and released according to the recipe), depending on purpose of medicine and stated purposes of its use. The foodstuff used in the medical purposes, for example solutions for a parenteral nutrition and nutritious mixes estimates on safety and efficiency. Similarly check the OTC medicines containing vitamins and mineral substances.

Scope of vitamins and mineral substances.

Millions of residents of the USA regularly consume vitamins B the quantities much exceeding recommended. One of the reasons of it is wrong confidence that vitamin supplements give additional forces and improve health. Such self-treatment is widespread very widely, and it needs to be considered in case of collection of the anamnesis.

Vitamin supplements are shown in any cases allowing to assume availability of avitaminosis which can be a consequence of insufficient food, violations of absorption, the increased requirements or congenital metabolic disorders (Position of the American Dietetic Association, 1996). In practice the specified reasons sometimes coexist (as it is characteristic, for example, of patients with alcoholism at whom malnutrition is combined with absorption violation). The patient, it is long being on a parenteral nutrition, it is absolutely necessary to add vitamins B nutritious solutions. Unfortunately, the amount of the parenteral polyvitamin medicines issued in the USA aren't enough for satisfaction of requests of clinic.

Though the serious avitaminoses caused by malnutrition are observed generally in developing countries, but separate bright cases of avitaminoses meet also in the USA. The U.S. Government periodically estimates consumption of vitamins by the population. Average consumption of a series of the major vitamins (vitamin A, thiamine, Riboflavinum, nicotinic and ascorbic acids) exceeds standards of daily requirement. However among the poorest segments of the population (especially elderly and representatives of ethnic minorities) the risk of some avitaminos, especially And yes With, can be very appreciable.

Some people receive few vitamins because use amateur diets, owing to special alimentary addictions or lack of appetite. The vitamin deficiency can arise at the people using a low-calorie diet, and also at elderly, undereating owing to the economic and social reasons. And other feedstuffs can lead to a vitamin deficiency also an alcoholism.

At many pathological states (for example, diseases of a liver, cholic ways, a pancreas, chronic diarrhea, a thyrotoxicosis, B12-scarce anemia, a sprue, and also after applying of an interintestinal anastomosis) the absorption of vitamins is broken. Besides, the antimicrobial agents changing intestinal microflora inevitably reduce security of an organism with vitamin K and biotin which are synthesized by GIT bacteria.

At last, cases when the increased need for vitamins is bound to genetic defects even more often are registered. Usually it is result of change of structure of enzyme for which vitamin serves as a cofactor, and depressions of affinity of enzyme to a cofactor (Scriver, 1973).

The need for separate components of a nutrition can change depending on a stage and gravity of various diseases which sometimes demand medical use of vitamins. After convalescence reception of these vitamins is stopped.

About a break in reception of Polyvitamin

At treatment of chronic inflammatory diseases and decrease in immunity, for example, it is possible to prescribe ultrahigh (10 — 15 g/days) vitamin C doses. However, such dosages should be applied not more longly than month — otherwise the organism will adapt to such high doses of ascorbic acid and will just remove it with urine. In general, any vitamin at repeated introduction to an organism shows the maximum activity within a month, and then its efficiency decreases. Therefore after reception of Polyvitaminums it is necessary to take a monthly break; then it is possible to resume their reception for a month.

It is even better to alternate courses of reception of various vitamins on months. For example, for the purpose of rising of muscular working capacity megadoses of such vitamins as E, C, B15, B5 can be applied. It is the most expedient to conduct a monthly course of treatment vitamin C, then within a month to accept high doses of vitamin E, then a monthly rate of B5 vitamin — and to repeat everything at first. So you will derive the maximum benefit from megavitamin therapy at the minimum material inputs. 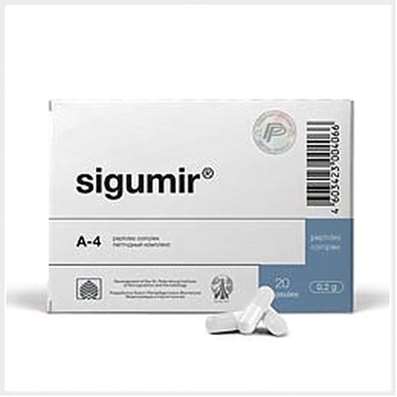 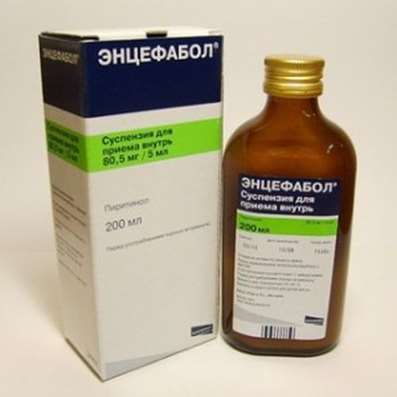 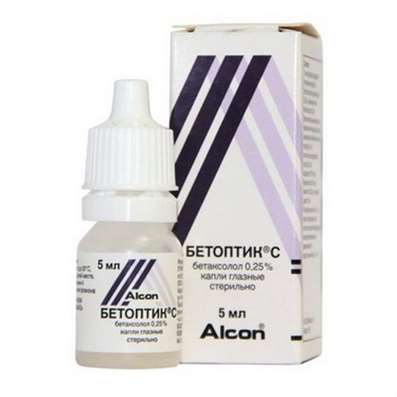 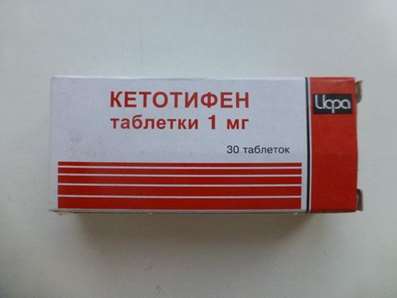 Someone from the France - just purchased the goods:
Ketotifen (Ketotiphenum, Ketotipheni) 1mg 30 pills